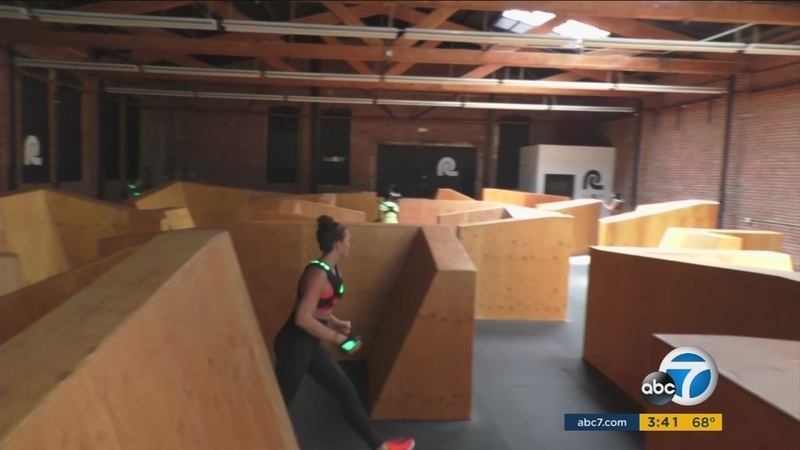 LazRfit a fun workout for those who don't like exercise

DOWNTOWN LOS ANGELES (KABC) -- There are people who love exercise, but there are loads more who don't. Which is why Philippe and Lucie Robert created lazRfit.

"You're getting exercise but you're not thinking about exercise because you're just running around, shooting people," said Kimberly Wheatley of Los Angeles.

Shooting with a laser that can't hurt anyone, that is.

"There's no actual pain but my ego is definitely bruised," Wheatley said.

Less than a month old, lazRfit in downtown LA is a fast and furious game of tag.

"A mix of skate park and parkour, which allows you to run," said co-owner Philippe Robert.

Each game is about 10 minutes long, with an age limit of 13 and over. And you must be at least 4 feet 3 inches tall.

They start you with an eight minute game, then 10 and finally 12 minutes once you get good at it.

"At first we wanted to do 20 minutes but people cannot hold on, it's impossible," said Robert.

"We had people actually throwing up after seven minutes," said Robert.

A computer counts your hits - how many hits you've received, where you got hit, plus calories burned. The laser won't work if you're stationary so this game is full speed ahead.