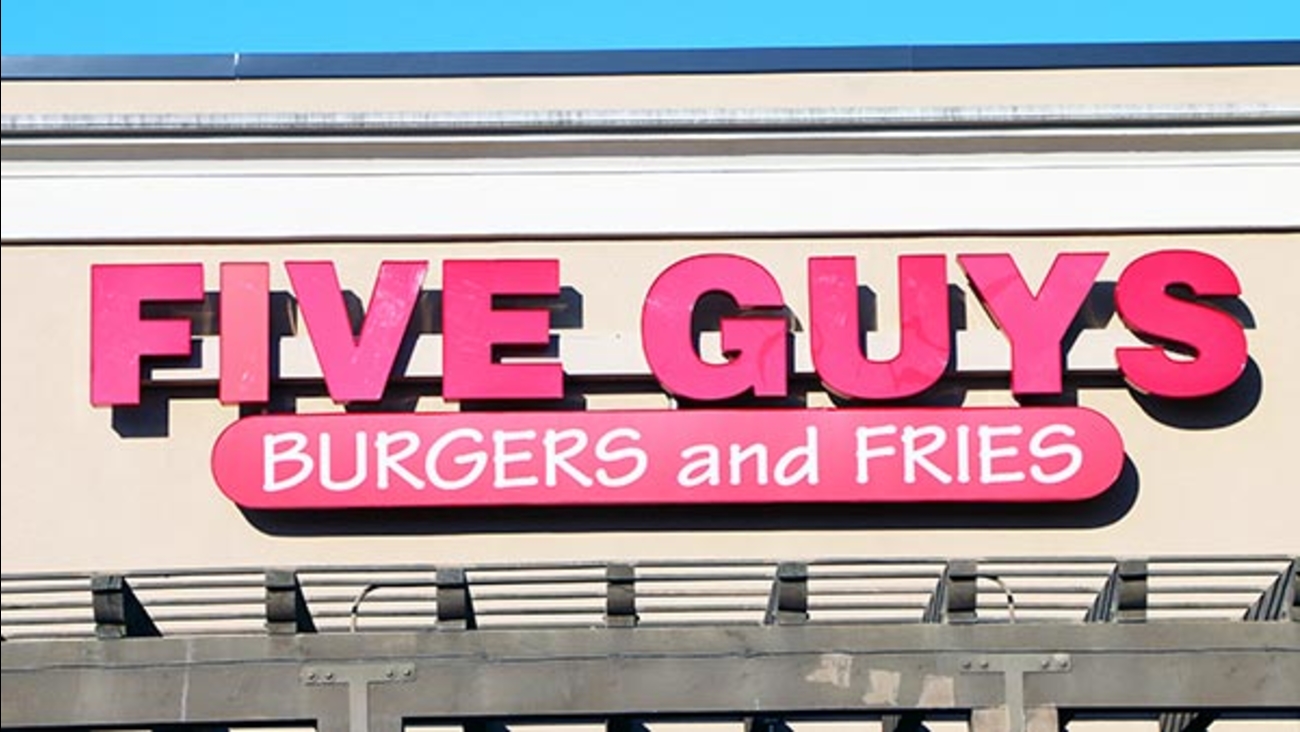 Not the Los Angeles location. No need to rub it in. (Shutterstock)

If two patties are two much you can get a "little" any one of those four options which is one patty instead of two. No "Double double" whatever whatever, just "cheeseburger" or "little cheeseburger."

Not in the mood for a burger? They've got hot dogs (in every variation) and BLTs. For vegetarians they've got grilled cheese and a veggie sandwich that is stuffed with grilled vegetables, not fake meat patties. And they all come with whatever toppings you want.

There are no secret menus here. No silly-sounding "secret" language that the internet has told everyone about for a decade. It's all on the menu board.

There are more possible combinations for a Five Guys burger than any other fast food chain in this country. By their own count there are over 250,000 possible ways to order a burger at Five Guys. And every single one of those toppings are free, no matter how much you pile them on.

The fries at Five Guys are beyond compare. Twice fried in peanut oil, they're crispy outside and mashed potato soft inside, always fresh, always delicious. They're either salted to perfection or doused in a creole seasoning. They are made to order every time.

Now, imagine a small order of fries. At In-N-Out, they're a small paper bowl. At Whataburger it's a paper sleeve similar to McDonalds.

At Five Guys, they take a paper cup that is about 12 oz. and fill that full of fries with a nice hefty scoop. They drop that paper cup into a lunchbag-sized paper bag. Then they add another scoop of fries on top of that. That's a small order. Your foil-wrapped burger gets dropped in with the fries, so the heat of both keep everything nice and hot until you get to your table, or home, or your desk at work, and devour it all. And while there's so many fries, there's somehow never enough.

You know who likes Five Guys? Barack and Michelle Obama. Michelle took her staff to the one in DuPont Circle often, while Barack liked the Southeast, D.C., location near the Washington Nationals' ballpark. He once ordered Five Guys for his staff and the entire White House press corps. He liked it so much that he's been quoted saying after touring the Sphynx in Egypt, "Five guys is good, this is better."

But aside from the Obamas, who else is a fan? Well, everyone. That's right: Five Guys took the No. 1 spot over In-N-Out in the Harris Poll's annual EquiTrend Study for 2017. So basically, everyone and their mom loves Five Guys.

Five Guys started in the D.C. metro area, with the first location opening in 1986 in Arlington, Va. But the reason it's topping polls of favorite fast food burgers is because there are 1,500 locations in the U.S., Canada, United Kingdom, Europe and the Middle East and 1,500 more coming according to the company.

So while you may have to go to Texas to taste Whataburger, or desperately seek out the occasional non-Californian In-N-Out, you can just find your local Five Guys and get the burger of your dreams. It's probably only a few blocks away.

And that is extra impressive because...

Five Guys is, in fact, named for five guys: Jerry Murrell and his sons Jim, Matt, Chad and Ben. Along with wife/mother Janie Murrell, they opened the very first Five Guys location. (A sixth guy, youngest brother Tyler, was born two years after the restaurant opened.) While they opened more locations, they kept them confined to the D.C. area until 2003 when they decided to offer franchise opportunities.