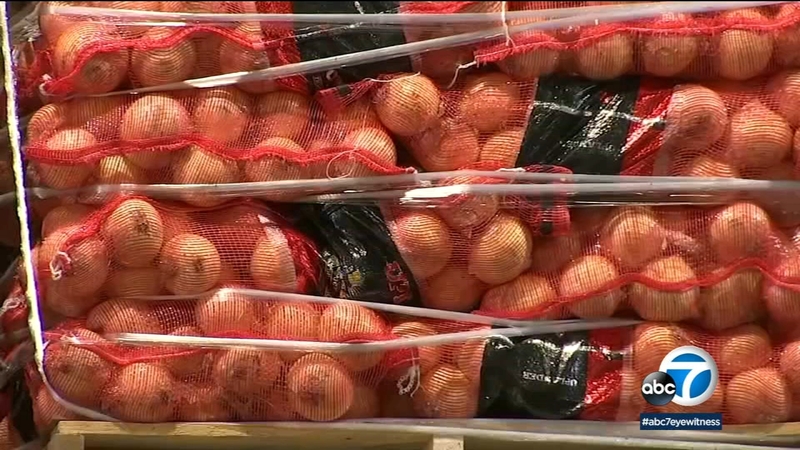 "I can't say that Food Forward is keeping up with the demand. We do have a small waiting list now for agencies because of this incredible surge. We have seen food insecure go from two to even six times in certain areas of this region. Even though the virus may start to subside as we all hope in the coming months, the economy is in shambles and to get people food, healthy food, is a priority for us as a community and it's the top priority for Food Forward," said Rick Nahmias, the Founder and Executive Director of Food Forward.

Although the organization has seen an influx of donations of produce, they haven't seen a rise in funds from the federal government or monetary contributions. They're not yet completely funded through the end of the year. Executive Director Rick Nahmias says they're not in jeopardy of closing, but virtual fundraising has its challenges and demand isn't slowing down. Just ask Luis Yepiz, the wholesale Recovery Program Manager who we caught up with at Food Forward's Produce Pit Stop in the City of Bell.

"I am an Angeleno that is basically serving people in the same neighborhoods that I grew up in so to me, allowing people to get the best possible nourishment in times of need, allowing people to be their best selves, to be able to think better and overcome their current situation," said Luis Yepiz, the Wholesale Recovery Program Manager at Food Forward.