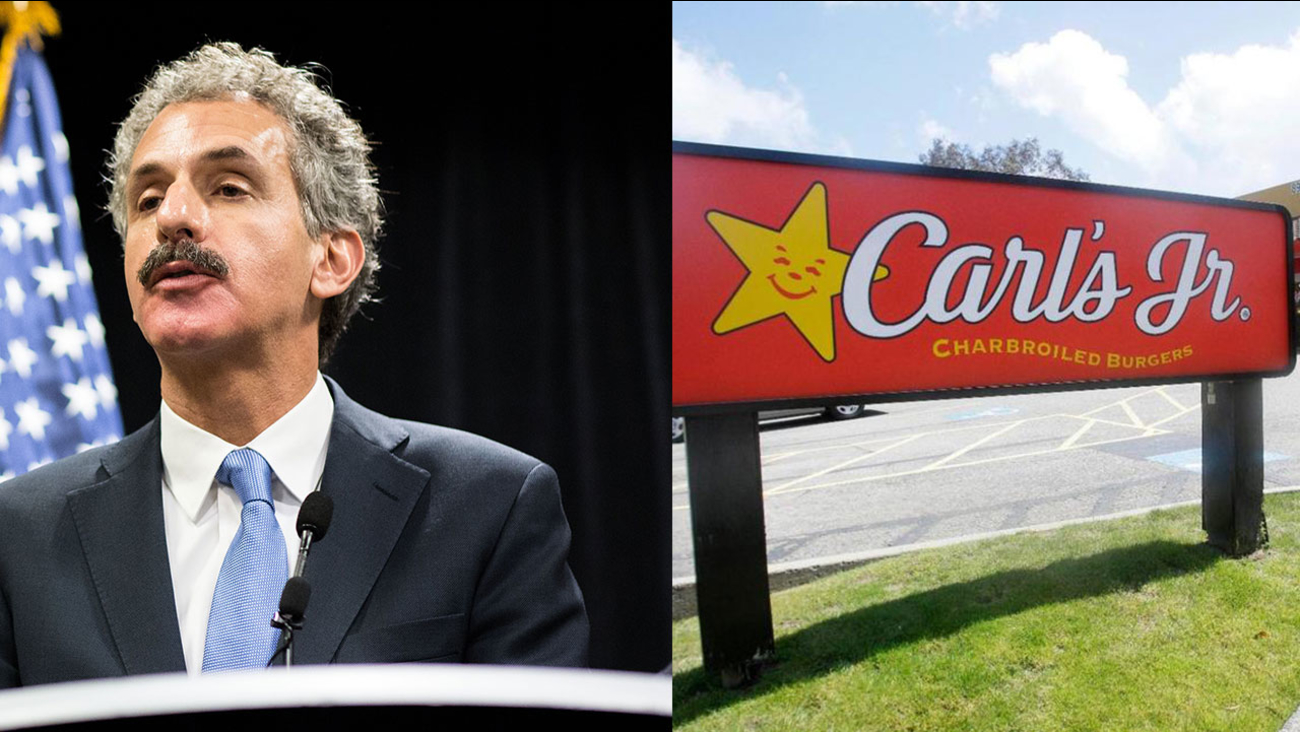 LOS ANGELES (KABC) -- The city of Los Angeles announced Monday that it has taken action against the restaurant chain Carl's Jr., demanding the organization pay $1.45 million in restitution and penalties.

City of Los Angeles attorney Mike Feuer and the Office of Wage Standards said the company repeatedly failed to pay minimum wage to dozens of workers at multiple LA locations.

"Our offices will always aggressively stand up for workers to ensure they get the wages they're owed, and all the protections and benefits the law demands," said Feuer, according to a Los Angeles City Attorney's Office press release.

The OWS and the City Attorney's Office launched a probe into Carl's Jr. after receiving a report from an employee. They found the fast food chain did not pay 37 employees a minimum wage of $10.50 per hour from the beginning of July 2016 through the end of that year.

The city also cited the company for allegedly not posting the notice of the current minimum wage rate, employee rights and sick time benefits.

A spokesperson for the public relations firm representing Carl's Jr. gave the following statement in response to the news:

"We have a long-standing tradition in California and are proud of our presence in the City of Los Angeles, as well as the positive relationship we have with our restaurant teammates, who are the most important people in our business. Our employees have been made whole and we are willing to pay a reasonable fine for our mistake. However, given the excessive demands of the OWS, we have no choice but to defend against any OWS actions."
Report a correction or typo
Related topics:
food & drinklos angeleslos angeles countybusinessfast food restaurantlawsuitminimum wage
Copyright © 2021 KABC-TV. All Rights Reserved.
TOP STORIES
1 person wounded in Beverly Hills shooting
Dodgers beat Atlanta, narrow NLCS gap to 2-1
LA City Council to consider suspending Ridley-Thomas
As NBA season opens, Staples enforcing strict COVID protocols
Man tried to get Hemet officer's gun during rough arrest: police
SF In-N-Out shut down after defying COVID vaccine mandate
Curry, Warriors stun James, Lakers 121-114 in opener
Show More
Ex-Olympic boxing champ pleads no contest for molesting 2 girls
All counties in California now under drought emergency declaration
Mobile home residents fed up with Dominguez Channel smell
2 men dead after fire at Canoga Park marijuana grow operation
LGBTQ+ pioneers among those featured at ONE Archives at USC
More TOP STORIES News