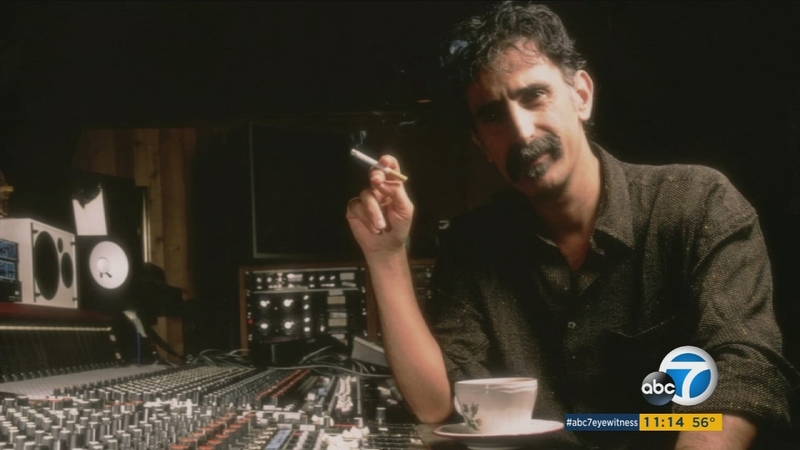 HOLLYWOOD HILLS, LOS ANGELES (KABC) -- The Hollywood Hills home of the late musician Frank Zappa is up for grabs, but it's not your typical home or your typical sale.

The Utility Muffin Research Kitchen was ground zero for much of the music from the rock icon.

The famous studio in the heart of Zappa's enormous home is now up for sale, along with the rest of the massive property for $9 million in a one-of-a-kind Kickstarter campaign.

Filmmaker and actor Alex Winter, probably best known as Bill in "Bill and Ted's Excellent Adventure," has launched a campaign to fund a documentary about Zappa's life and iconic music.

The purpose is also to save musicians enormous archive, filled with over 40 years of unseen and unheard material, much of it in dire need of preservation.

Zappa died in 1993, and his widow passed last year. Before the family puts the house on the market, they agreed to try Winter's unique $9 million idea.

"We're literally dividing it to the Zappa project, which is an archival and documentary project, and then the rest goes to the family at market value. So it's literally divided that evenly," Winter said.

Some may say it's a radical idea for a radical musician, which just might work.

"I think it's entirely, crazily Zappa-esque possible. We only need one Zappa fan who doesn't know what to do with $9 million. We just need one," Winter said.