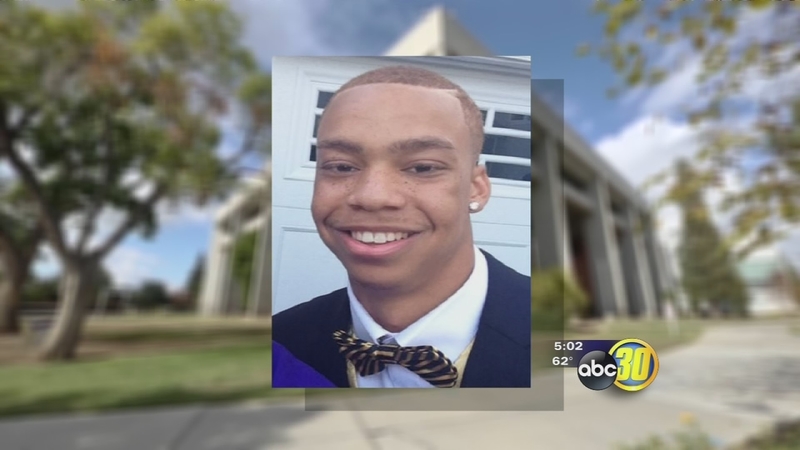 FRESNO, Calif. -- Fresno State football walk-on, Christian Pryor, walked out of the Fresno County jail in the early morning hours on Tuesday but has been kicked off the team and banned from campus.

Pryor kept his face covered as he walked out of the jail. He was released on bail and has returned to his Los Angeles home.

Pryor's brother Francisco Vidaud teared up when talking about Christian being charged with making a terrorist threat.

But school officials made it clear Pryor cannot return to campus while he is on interim suspension.

"If he were to come back to campus right now he would be arrested. There's no joke that's funny about killing people," Fresno State Police Chief David Huerta said. "There's no mistake about it when you write it down. It was an intentional design act."

Authorities searched Pryor's room but did not find any firearms. Fresno State Vice President of Student Affairs Frank Lamas spoke with Pryor's mother and learned, "He is not someone who owns a gun or is even used a gun in the past to our knowledge. I say this only because I think it will allay some fears that people have when we're in these situations."

Vidaud said his brother is very close with his family in Los Angeles, where he graduated from Locke High School last year.

"When I looked on line and seen apparently what had been posted that doesn't even sound like how my brother talks," he said.

Christian Pryor is a freshman who has not played this season.