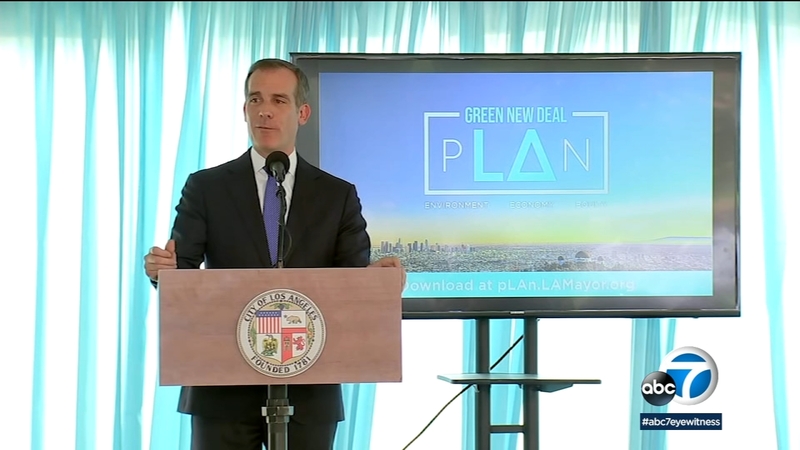 The plan would set aggressive environmental goals for the city, including a mandate that every building be emissions-free by 2050. That would include homes and businesses.

"We will lead the way with jobs, good middle class jobs for folks, unionized jobs, too, wherever we can, and save our planet and our health at the same time," Garcetti said during an event at the Getty House, his Hancock Park residence.

But protesters say the Green New Deal will hurt the economy and some 1,500 workers will lose their jobs.

"We're moving towards alternative energy as fast as technology is available. They're setting guidelines that are unattainable so it's going to hurt the economy," said Ron Miller, executive secretary of the L.A./Orange County Building and Construction Trades Council.