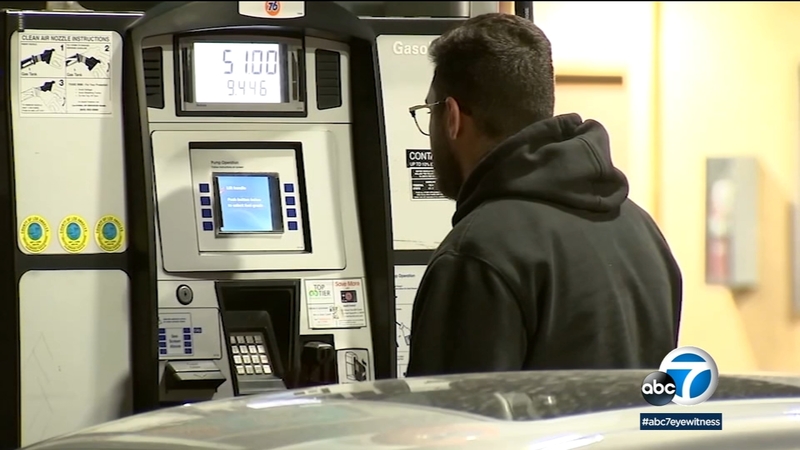 LOS ANGELES (CNS) -- The average price of a gallon of self-serve regular gasoline in Los Angeles County dropped Saturday for the fifth time in the last six days following a long streak of increases that pushed it to record highs, declining 1.4 cents to $6.43.

The decreases stem from "a plunge of nearly 60 cents on the Los Angeles wholesale gasoline market this past week" caused by "a very volatile week for the U.S. economy and a slight downturn in consumer demand reported by the EIA, which is likely due to record high prices," said Doug Shupe, the Automobile Club of Southern California's corporate communications manager, referring to the U.S. Energy Information Administration.

The average price set records for 16 consecutive days, then dropped one-tenth of a cent on June 13 before setting another record high on June 14, rising to $6.462. It is 2.8 cents less than one week ago, but 34.1 cents more than one month ago and $2.178 higher than one year ago, according to figures from the AAA and the Oil Price Information Service.

The Orange County price also dropped for the fifth time in six days, falling 1.8 cents to $6.367. It also set records for 16 consecutive days before dropping on June 13. The Orange County average price is 4.1 cents less than one week ago, but 29.4 cents more than one month ago and $2.165 higher than one year ago.

The manager who misplaced a decimal point at a California Shell gas station pricing premium gas for 69 cents a gallon has been fired.

Crude oil costs account for slightly more than half of the pump price, according to the U.S. Energy Information Administration. The rest of the price includes the other components of gasoline, production costs, distribution costs, overhead costs for all involved in production, distribution and sales, taxes and carbon offset fees in California paid by the refineries.