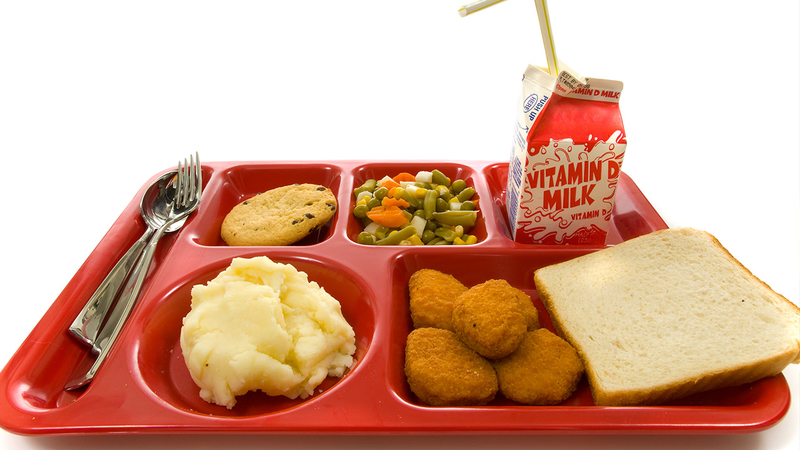 SACRAMENTO, Calif. -- California's governor has signed into law a bill that guarantees all students a state-funded meal of their choice, even if their parent or guardian has unpaid meal fees.

The measure bans the practice of "lunch shaming," in which students who owe the school money for meals are denied food or given a cheaper alternative meal.

Under the new law, a school can no longer give a student a cheaper alternative meal.

In a statement Saturday, Gov. Gavin Newsom thanked Ryan Kyote, a third-grader at an elementary school in Napa County who brought national attention to the practice earlier this year by paying for all the food service bills of his fellow students at the school.

"I want to thank Ryan for his empathy and his courage in bringing awareness to this important issue,'' Newsom said.

The 10-year-old brought national attention to the issue when he used his allowance to pay all the food service bills of his fellow students. We spoke to Ryan and his mom about why he did that.

Ryan worked with the governor on legislation to end "lunch shaming." The third-grader calls it an "amazing" experience and has this message for Newsom.

"It was great to meet you and thank you and I hope I can meet you again," he said.

His mom, Kylie Kirkpatrick, added, "We've been up, well I have been celebrating with everybody, everybody who's worked so hard to get this passed. So one state down, 49 to go and then we go federal."