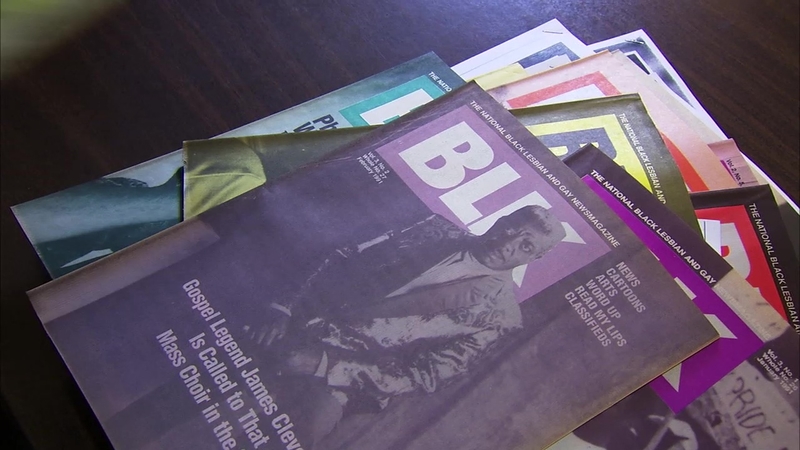 LOS ANGELES, Calif. (KABC) -- Los Angeles is home to many firsts when it comes to LBGTQ publications.

"One" was the first national gay magazine, which was published from 1953-1967. Followed closely by the launch of "The Advocate," which is still in print today.

And thanks to publisher Alan Bell, in 1988, L.A. and the nation got its first black gay magazine, BLK.

As the founder of this publication and a journalist, he felt it was his job to collect information and then people could use it as they felt best. Another reason the publication was important - history.

"We need to say we were here," said Bell.

It was required reading for black gays and lesbians looking for reporting that addressed their issues and interests. From the job hunt and the AIDS crisis to pop culture and entertainment, BLK was on the best when no one else was.

One impact story that stands out in Bell's mind is when the magazine covered Magic Johnson's announcement in 1991, when Johnson told the world he was diagnosed with HIV.