Congresswoman Karen Bass is pushing for law enforcement accountability at a federal level, and she credits demonstrators for moving the legislation forward.
KABC
By Anabel Munoz 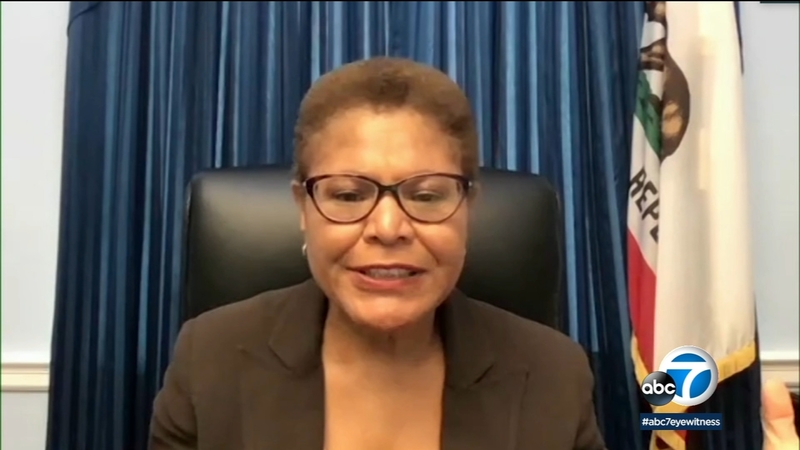 Congresswoman Karen Bass is pushing for law enforcement accountability at a federal level, and she credits demonstrators for prompting lawmakers to take action.

"The only reason why we're even considering this legislation now is because of the massive protests," she told Eyewitness News.

The Congressional Black Caucus chair co-introduced the George Floyd Justice in Policing Act. Among other things, it would ban chokeholds, carotid holds and no-knock warrants at a federal level.

"In the bill we provide grants for communities so that communities can begin to re-envision what public safety is like," Bass said.

She joined several leaders as they responded to different demands, including reform, defunding and/or abolishing police.

"We are excited, as many cities are, to re-imagine public safety, and that means not just to reform the police, but to replace the police with more trauma-informed and care-based community-led responses that really don't warrant a badge and a gun," Oakland Mayor Libby Schaaf said.

Bass said the desired changes are broad, but work must start at the top and trickle down.

Officials discussed what has been done.

Los Angeles Mayor Eric Garcetti added that changes at the city level have come in the form of banning chokeholds and de-escalation training.

They also acknowledged work still needs to be done.