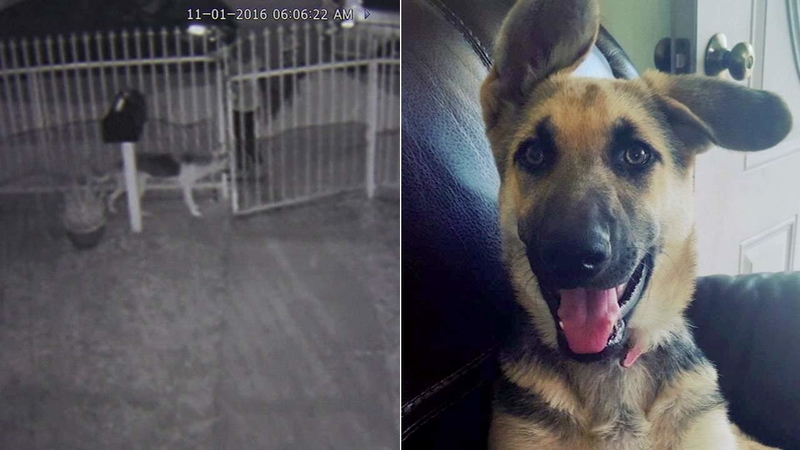 EAST LOS ANGELES (KABC) -- A German shepherd belonging to an East Los Angeles veteran with PTSD was stolen right off his lawn, and the brazen K-9 crime was all caught on camera.

"She's part of our family, and mostly it's more important for her to come back for my husband, because he suffers from PTSD and she's been really good to him," Angela Torres said, crying.

Francisco Torres is a veteran of the war in Iraq. TJ was just a couple of months old when a friend gave her to him. The friendly, now 8-month-old, dog changed his life. 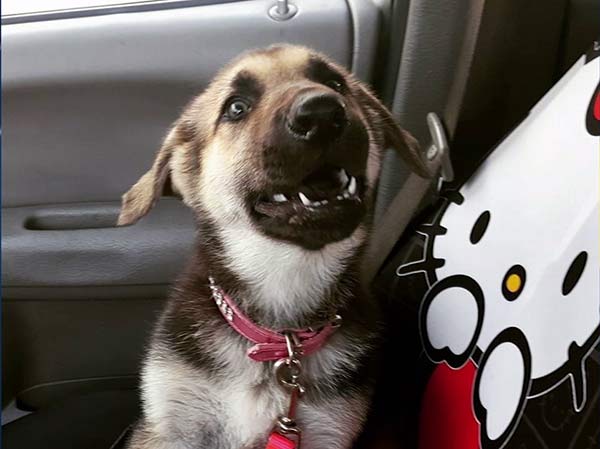 TJ was given to Francisco Torres as a puppy.

"I train her. She keeps me busy, and yeah we just want her back," he said.

The family has distributed fliers with TJ's photo all over the neighborhood and posted the story on social media. They believe they know who made off with TJ.

A neighbor admitted the man seen in the surveillance video is one of her friends, but she won't tell the family where he is.

"They violated our space, they pried the lock, they took her, and she's such a friendly dog," Francisco Torres said.

"We know who you are, and we just want her back. I don't know why you did that to us," Angela Torres said.