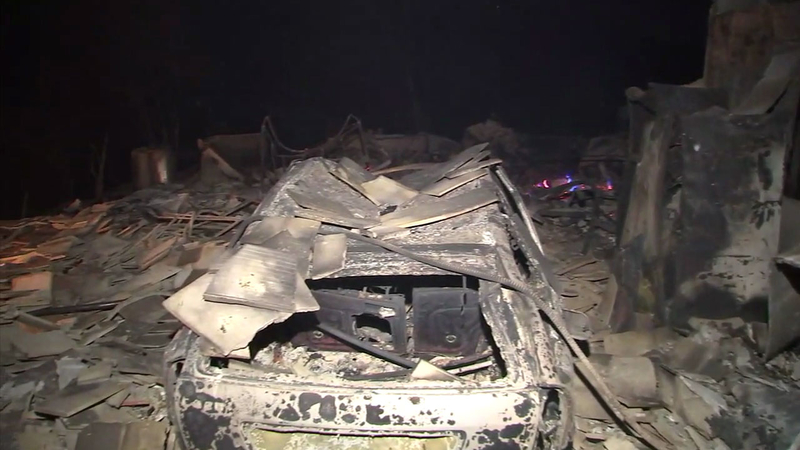 The fire was 5 percent contained, according to fire officials.

The Skirball Fire was reported shortly before 5 a.m. near Mulholland Drive, according to the Los Angeles Fire Department. The location is near the Skirball Cultural Center and the Getty Center.

There were no immediate reports of injuries, but flames were threatening the famed Getty Center and adjacent buildings on its sprawling hillside campus. The museum was closed for the day due to the fire.

Mandatory evacuation orders were issued for an area of Bel Air bounded to the north by Mulholland Drive, to the south by Sunset Boulevard, the 405 Freeway to the west and Roscomare Road to the East, according to the Los Angeles Fire Department. People who live in Mandeville and Sullivan canyons were told to be prepared to leave their homes, authorities said.

At least 700 homes in total were evacuated along with one elementary school. Fire officials said 4,600 people were affected by the fire.

More than 350 firefighters from 52 engine companies were deployed to the scene, supported by helicopters that were making water drops, said LAFD Fire Chief Ralph Terrazas. Six fixed-wing aircraft were requested from Cal Fire.

The northbound side of the 405 was shut down about 5 a.m. Traffic continued moving in the southbound lanes until about 6:45 a.m., when the California Highway Patrol closed that side of the interstate. The closure was between the 101 Freeway to the north and the 10 Freeway to the south.

As the Skirball Fire raged in Sepulveda Pass, Los Angeles firefighters responded to two burning homes in nearby Bel Air.

"With winds like this, it can be anything," Garcetti said, referring to the powerful Santa Ana winds that continued to blow across the region.

The mayor declared a local state of emergency in response to the Skirball Fire, as he had done Tuesday in connection with the 11,000-acre Creek Fire near Sylmar and Lake View Terrace.

Meanwhile, other major wildfires were burning in other parts of the Southland, including the 65,000-acre Thomas fire in Ventura County and the 7,000-acre Rye Fire in the Santa Clarita area.

A dramatic 50-acre brush fire erupted in the Sepulveda Canyon of Los Angeles, forcing the closure of all northbound lanes 405 Freeway.

Firefighters were concerned that the fire could reignite and burn out of control with the strong Santa Ana winds expected to sweep the region overnight.