Lebron James, Arnold Schwarzenegger among the thousands forced to evacuate due to Getty Fire 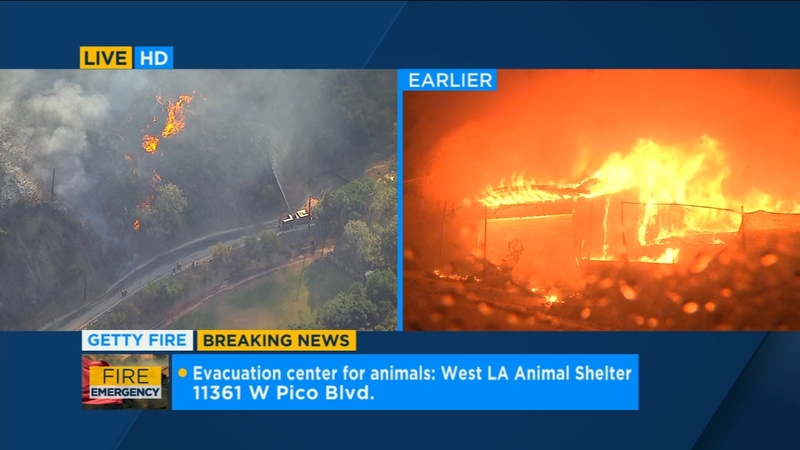 LOS ANGELES (KABC) -- Lebron James and Arnold Schwarzenegger were among the thousands of residents who had to evacuate their homes early Monday morning due to the Getty Fire.

The Getty Fire was threatening some of the Southland's ritziest neighborhoods like Brentwood, and flames were burning amid dangerous red-flag fire conditions.

According to Lebron James' tweet, his family was able to find a safe place to stay after driving around looking for hotel rooms. But he started searching around 5 a.m.

Man these LA 🔥 aren’t no joke. Had to emergency evacuate my house and I’ve been driving around with my family trying to get rooms. No luck so far! 🤦🏾‍♂️

Schwarzenegger evacuated at 3:30 a.m. and encouraged others that live nearby to do the same.

We evacuated safely at 3:30 this morning. If you are in an evacuation zone, don’t screw around. Get out. Right now I am grateful for the best firefighters in the world, the true action heroes who charge into the danger to protect their fellow Californians. #GettyFire

Sen. Kamala Harris revealed that she was also evacuated while speaking at a town hall event in Philadelphia.

"There are a lot of people right now who have lost their homes, structures that have been damaged," Harris said when responding to a question about being evacuated. "The local first responders, firefighters and so many others who are doing courageous work ... They should be given all the resources and all the support."