Glendale police are asking for the public's help to identify a man who was caught on video touching his genitals near a park.

GLENDALE, Calif. (KABC) -- A 36-year-old man who was wanted for lewd acts at a Glendale park full of children was arrested Thursday, police said.

Glendale resident Hazem Alhajeh was taken into custody shortly before 11:30 a.m. for indecent exposure. Police said he was caught on camera touching himself while standing outside of the fence near the children's play area at Pacific Park on Aug. 17. He appeared to also talk on his cellphone and scan the park at the same time.

A witness recorded the man's actions and saw him leave in a dark-colored 2018 Toyota Camry with black wheels. Glendale police released images in hopes that someone would recognize the man.

As a result, someone recognized the suspect on the news and contacted the Glendale Police Department, Glendale PD said in a press release.

Further investigation led to the identification of Alhajeh and an arrest warrant was obtained.

Detectives served a search warrant at Alhajeh's home in the 1000 block of South Adams in Glendale, where he was taken into custody without incident.

Alhajeh is a registered sex offender as a result of a 2014 indecent exposure case that occurred in Pasadena, Glendale police said. In February 2018, Alhajeh was also arrested by Pasadena police due to a second indecent exposure case. He is awaiting trial for that case, according to authorities.

Anyone with information regarding the Glendale case or similar incidents is encouraged to contact Detective Mercado and 818-548-3106. 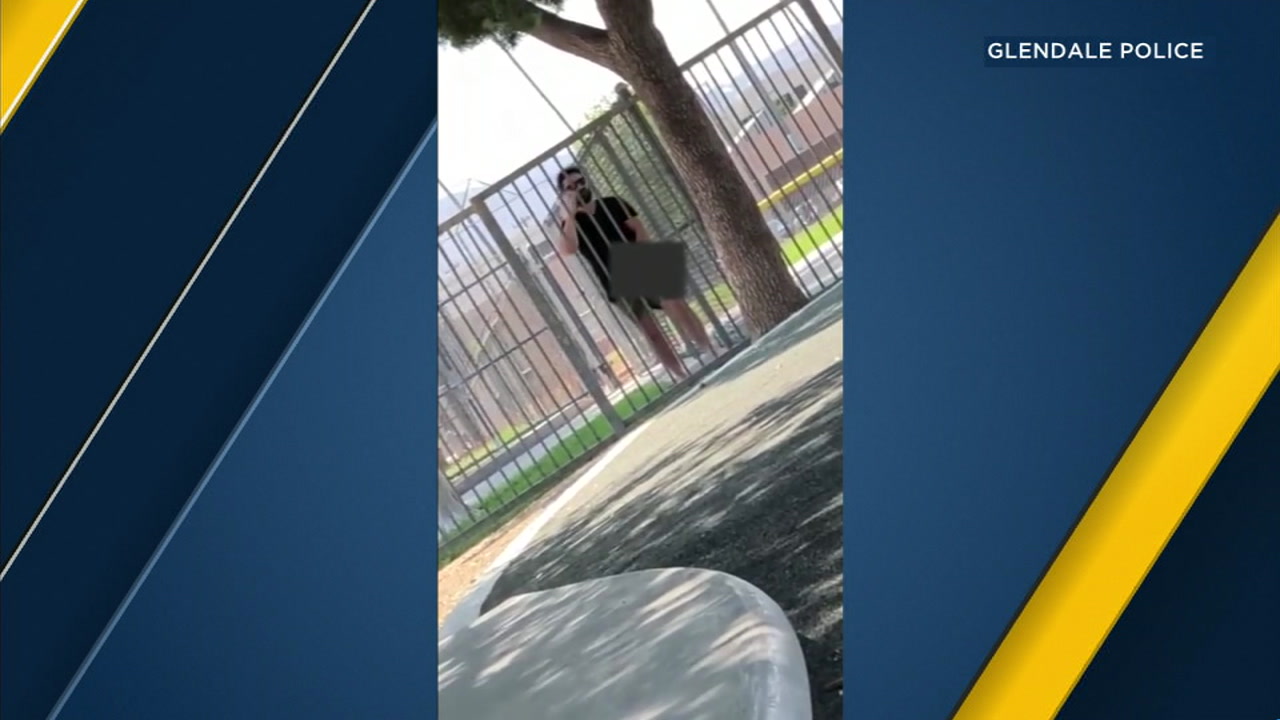