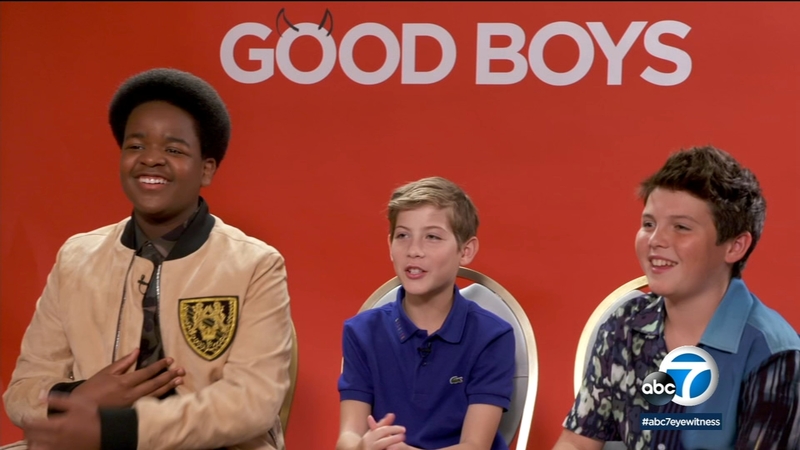 HOLLYWOOD (KABC) -- The new comedy "Good Boys" introduces us to a trio of best friends looking for ways to best maneuver something new: the world of sixth grade.

"Yeah it was kind of instant," said Noon.

"It was very organic," said screenwriter Lee Eisenberg. "Jacob lives in Vancouver where we shot the movie. They all had a sleepover, they watched R-rated movies together, and they had a BBQ. They really started feeling like a unit very quickly."

To seal their ties, these three even worked up their own secret handshakes! Another thing the youngsters got to "work on" in "Good Boys"... their language. Specifically: mastering curse words!

"I think it was fun for them," said director Gene Stupnitsky. "You know, they read the script, and their parents read it, so I think they enjoyed that they were allowed to curse. I think they got a thrill out of that."

"We had a motto that we all followed," said Noon. "What's said on set, stays on set. We kind of all abided by that."

The film is rated "R" for language... plus crude sexual content, and drug and alcohol material. The boys have a message for other kids their age who might want to see the movie.

"And you're really mature," added Tremblay. "It depends on what kind of kid you are."