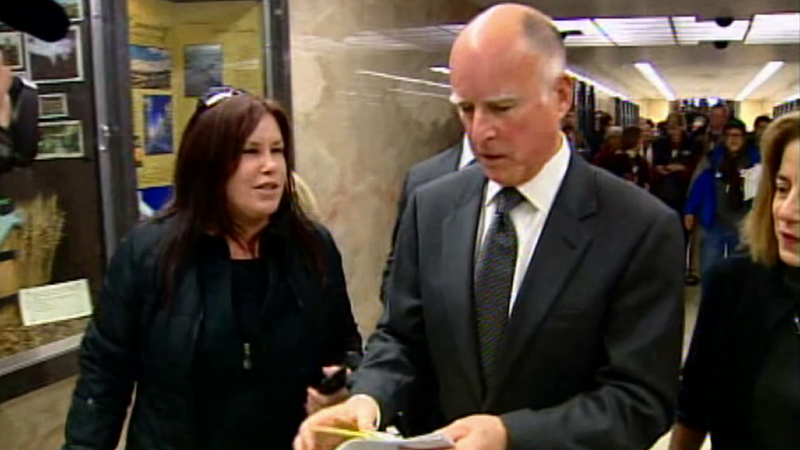 About 57 percent of registered voters would vote for incumbent Gov. Jerry Brown in the 2014 election, according to an exclusive Eyewitness News poll conducted by Survey USA.

California's primary elections are on June 3.

In their only scheduled forum before the primary, Donnelly and Kashkari shook hands before appearing on KFI Radio.

Although chances of either candidates unseating Gov. Brown are unlikely, whoever advances to the elections in November will demonstrate whether California's Republican Party leans to the right or to the center.

During the forum, Kashkari said his opponent has insulted several minority and religious groups.

"In the last few months, you have managed to denigrate Latinos, African-Americans, Muslims, Hindus," Kashkari said.

"If we are shrinking our party, we are not going to win another election. Period," he added.

Donnelly responded: "They don't kick a dead dog. They only attack you when you're the front-runner, when you're a threat. And the only colors that matter to me are red, white and blue."

Kashkari is appealing to moderates, which has secured him several GOP endorsements and millions in fundraising.

Donnelly is short on funds, but heavy on faithful volunteers. He also believes he can appeal to moderates.

Gov. Brown did not respond to requests for an interview.