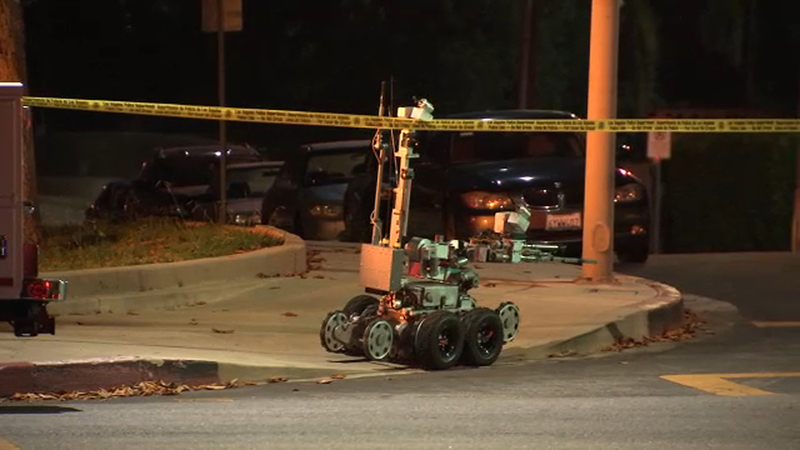 GRANADA HILLS, LOS ANGELES (KABC) -- A bomb squad responded after a bag with a pressure cooker inside was discovered near the Islamic Center of Northridge in Granada Hills Sunday night, Los Angeles police said.

Authorities received a report at about 9:30 p.m. regarding a bag found near the mosque in the 11000 block of Encino Avenue.

Upon investigation, police discovered a pressure cooker inside the bag.

Authorities evacuated the area as a precaution and summoned a bomb squad.

The pressure cooker was found to be empty, and it was detonated. The scene was declared safe around 12:30 a.m. Monday.

It is unclear who left the bag with the pressure cooker on the sidewalk, but a couple of hours before the discovery, the mosque called police to report a YouTube personality who they say was harassing worshipers.

It is not known if the pressure cooker was left by accident or if it was intended to scare worshipers.

Investigators remained at the scene through the morning.