Grandmother in Australia tackles thief who stole her purse - VIDEO 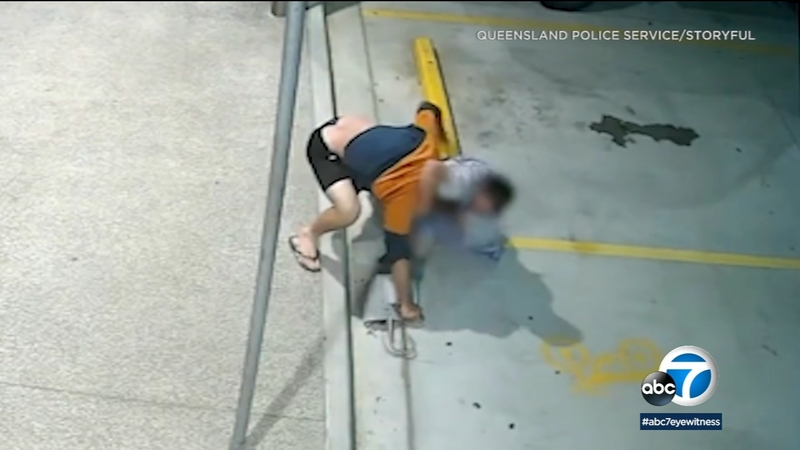 QUEENSLAND, Australia (KABC) -- A grandmother in Australia gave a thief a lesson he won't soon forget.

Security video shows the suspect, wearing flip-flops, running away with the woman's handbag after grabbing it off a table at a local tavern.

She catches up to him, grabs him by the shoulders and tackles him to the ground.

She gets him in a headlock as the two wrestle in the parking lot before the woman grabs her bag back and even pulls off the man's shirt and one flip-flop.

She manages to keep the bag as the thief disentangles himself from the tackle. She even tossed his flip-flop back to him as he fled.

The thief took off in his truck but was later arrested on a robbery charge.

The woman suffered cracked ribs, as well as cuts and bruises.