2 simultaneous hurricanes in the Gulf of Mexico have not happened, NOAA says 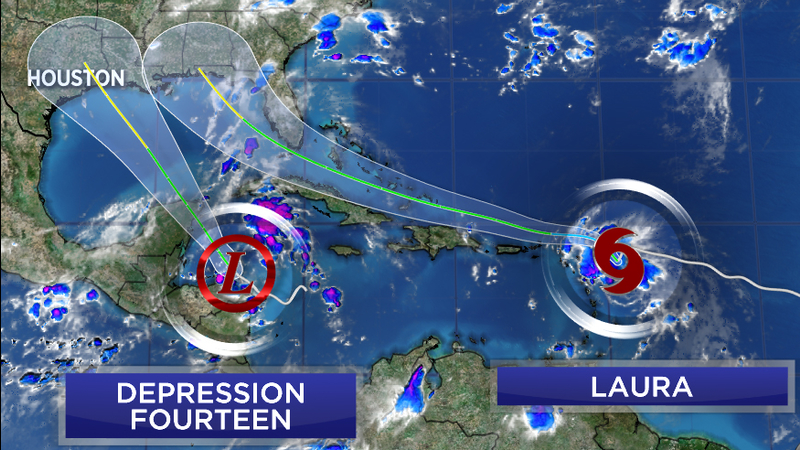 Marco and Laura may be the intended names of a pair of tropical disturbances, and now they're part of weather history.

"Official records go back to 1851. Based on the WPC (Weather Prediction Center) analysis, there is no record of two hurricanes at the exact same time in the Gulf of Mexico," a NOAA staffer tells ABC News.

Here is the latest tracking information on both storms.

While soon-to-be Marco and Laura are expected to blaze a tropical trail into the Gulf, there have been a few close calls according to records.

RELATED: How to build a hurricane preparedness kit

In 1959, Tropical Storm Beulah moved near the coast of Mexico while an unnamed storm drifted from west to east into the Florida peninsula.

A major hurricane in 1933 made landfall in south Texas as a tropical storm briefly crossed over the Gulf near Cedar Key, Florida, after making an earlier landfall on the Atlantic coast as a hurricane.

In 1974, a tropical depression churned the waters of the Bay of Campeche as a subtropical storm moved east into the Florida peninsula.

And then there are the near misses. In 2004, Tropical Storm Bonnie made landfall in the Florida panhandle about 16 hours before Hurricane Charley emerged into the Gulf after passing over Cuba.