The violent crime happened just before her 18th birthday and Tubbs remained free of charges until a DNA match. She's now 26.
KABC
By Leo Stallworth and Christiane Cordero 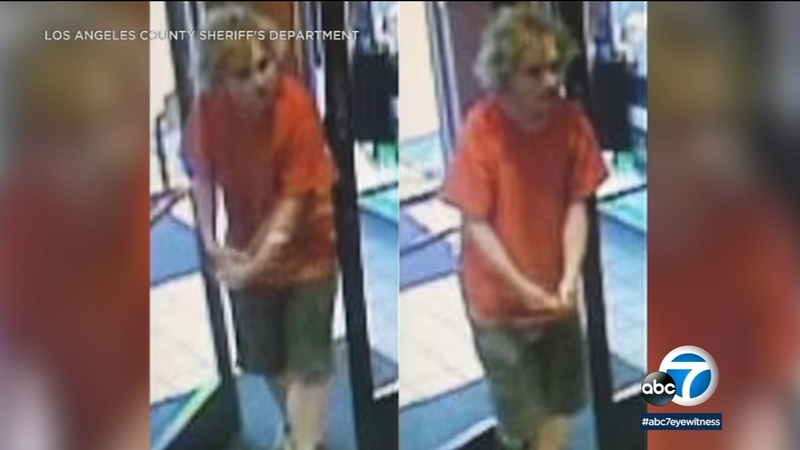 LOS ANGELES (KABC) -- A violent offender convicted of sexually assaulting a 10-year-old girl will serve her sentence in a Los Angeles County youth facility, despite being 26 years old.

Hannah Tubbs, who identifies as a transgender female, has a lengthy criminal record including violent crimes in multiple states.

The violent crime happened just before her 18th birthday, and Tubbs remained free of charges until the DNA match.

The case was prosecuted in juvenile court and was not transferred to adult court due to Los Angeles County District Attorney George Gascón's policy that states juveniles won't be prosecuted as adults. A juvenile judge sentenced Tubbs to two years in a juvenile facility.

On Thursday, prosecutors argued in court for the judge to transfer the 26-year-old to an adult jail, saying in their opinion, the law gives the judge that authority.

"In crystal clear terminology provides this court with the authority to order a transfer of an individual to sheriff's custody, or to a county jail facility, after that individual has turned 19 years of age," said a prosecutor during court.

After hearing arguments, the judge stated that essentially, under current legislation, a person who commits a crime as a juvenile and is jailed in a juvenile facility once they turn 19, the court has no authority to transfer that person to an adult facility.

"This court will not disregard what the legislature has put onto it as a limitation," said the judge.

Since the case remained in juvenile court, Tubbs will not be required to register as a sex offender. Tubbs could have been sentenced to almost a decade in prison if she was tried and convicted as an adult.

"[She's]every parent's worst nightmare," said L.A. County Deputy District Attorney Shea Sanna. "If your kid goes to the bathroom, then you shouldn't have to worry about them being attacked."

"The outcome of the Tubbs case is unsatisfactory. Judge Barrera's hands were tied today - due to the fact that the DA's office failed to file a motion to transfer Tubbs to adult criminal court, which is where she rightly belongs. Instead, we're left with a 26 year-old individual sentenced to two years in a juvenile facility in isolation, separated by sight and sound from the other juveniles.

To carry out justice, all of the oars in the criminal justice system must be rowing in the same direction. Today, that simply didn't happen."

Eyewitness News asked Gascón for context on the case, to which his office pointed to a letter he sent Barger last week, addressing that Tubbs has been tried as an adult in several other cases, hence how they found the DNA.

"However, in subsequent cases, Tubbs legally was an adult. Other jurisdictions had no other choice. Where I do agree with your assertion is that Tubbs likely will not face punishment proportionate to the victim's trauma," the D.A.'s letter to Barger said.

The victim did not want to be in court or see Tubbs, but she wrote a letter that said in part:

"I live in fear most of the time. And although it's something that I tried to tell myself isn't my fault, I could never truly believe it. I feel that I'm to blame somehow, when I know deep down that isn't the case.

"I hope, after all this comes to an end, my attacker gets the punishment (they) deserve for attacking a child with no problem and I can finally get on with my life."