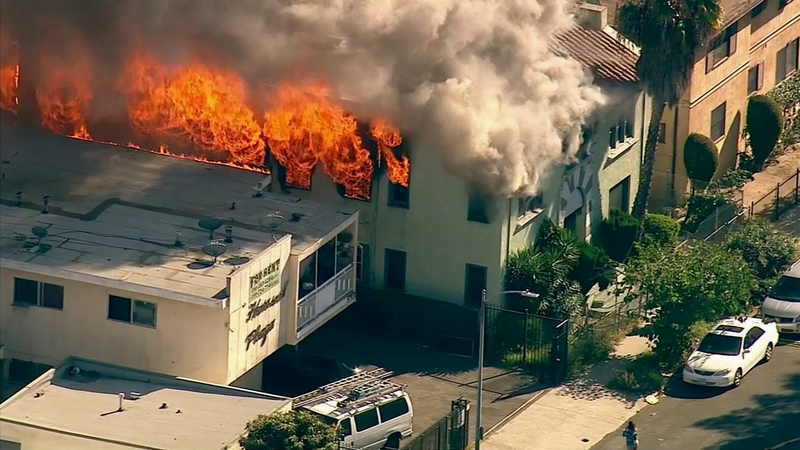 SOUTH LOS ANGELES (KABC) -- A fire broke out at a vacant building in Los Angeles' West Adams District on Tuesday.

Fire crews responded to the blaze in the 2600 block of Harvard Boulevard shortly before 1 p.m. Thick black smoke spewed out of the two-story building, becoming a breathing problem for some residents nearby.

As flames leaped out of the building getting dangerously close to other homes, firefighters evacuated dozens of neighbors.

Desmond Thomas says when firefighters knocked on his door, the second he opened it, smoke filled his home, and his wife panicked because she was choking.

Authorities said 64 firefighters worked to douse the flames, which spread to at least one adjacent building.

The fire was declared a knockdown around 1:20 p.m. There were no injuries reported.