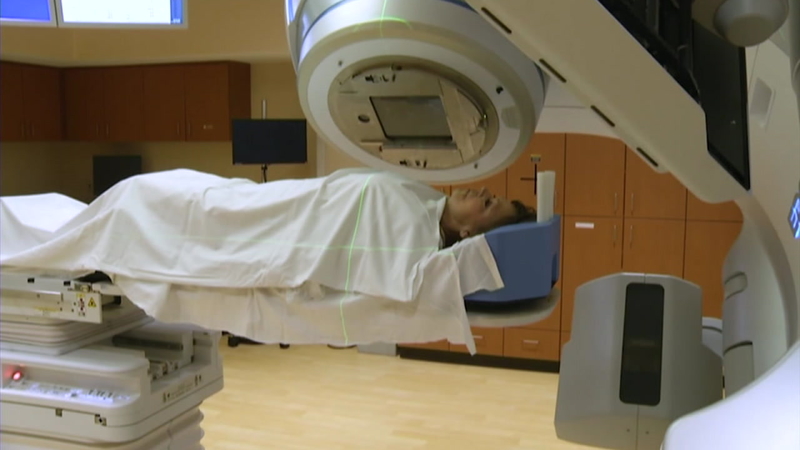 ST. LOUIS, Mo. (KABC) -- Heart rhythm issues can feel like a flutter, a racing beat or a pulsing boom.

They happen when the electrical impulses of the heart stop working correctly. Doctors say they can range from relatively harmless to very serious and even fatal, causing cardiac death.

Some suffer from a condition called ventricular tachycardia. While there are treatments for it, they aren't always as effective for everyone.

But now, an out-of-the-box treatment is giving a new option to some patients.

When Patty Sweeney developed an abnormally rapid heart rhythm, she knew something was wrong.

"You could just feel like your heart was just pounding really hard, you know, like boom, boom, boom, like it was going to jump out of your chest," Sweeney said.

Sweeney has ventricular tachycardia, a dangerously fast heart rate often caused by scar tissue in the heart. When traditional treatments failed, she worried a heart attack was next.

"These patients are oftentimes looking for any level of help, any hope," Cuculich said.

The doctors are combining their expertise to shoot focused beams of radiation at the heart to destroy the scar tissue.

"This was definitely the first time that I had ever purposely radiated the heart," Robinson said.

The first five patients in their study collectively had 6,500 ventricular tachycardia episodes in the three months before treatment. In the one-year follow-up, that number dropped to four.

The doctors hope this treatment changes the landscape of how this condition is treated. Researchers are also studying the long-term effects of using radiation.

The treatment is noninvasive, targets very specific parts of the heart and is quick to act. The average length of time for the treatment is just 14 minutes.