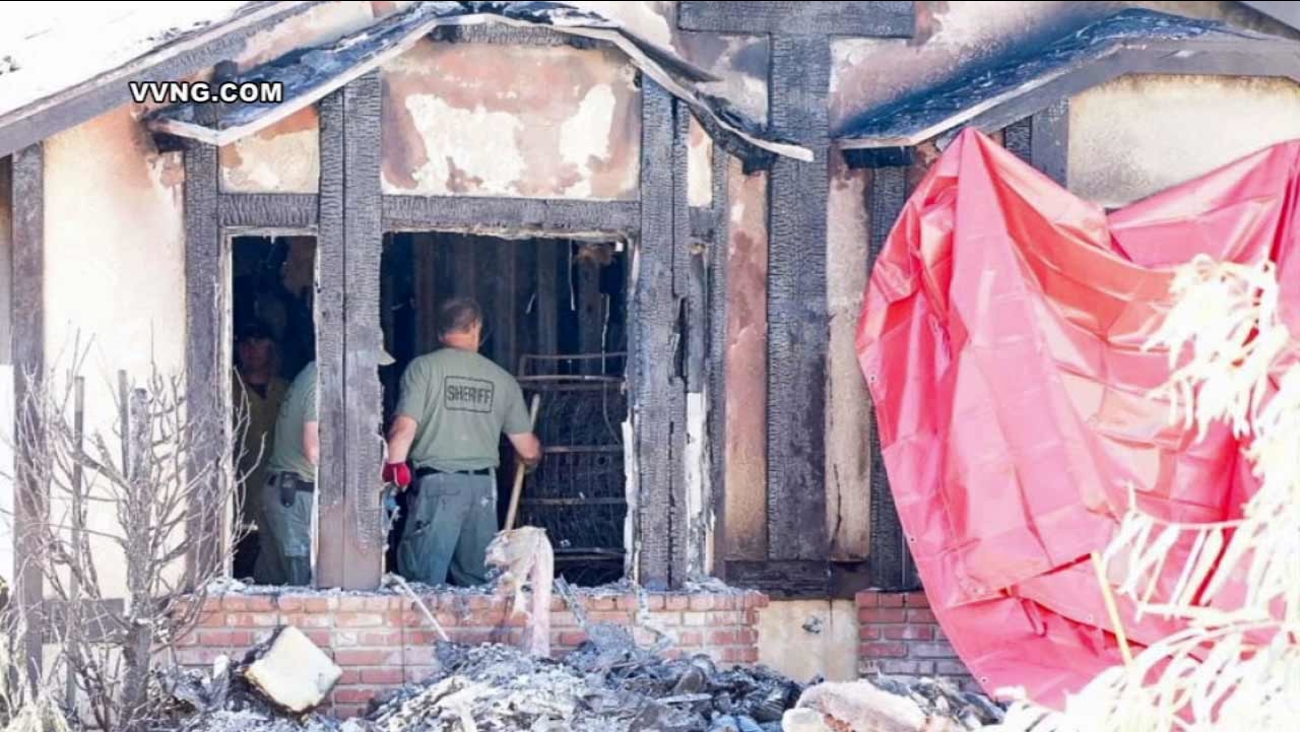 HESPERIA, Calif. (KABC) -- Two people were found dead after a house fire erupted in the community of Oak Hills near Hesperia Sunday morning.