How long will high gas prices last? Experts say it could take months

Experts say the rise in gas prices this time is unlike what we've seen in the past.
KABC
By Rob McMillan 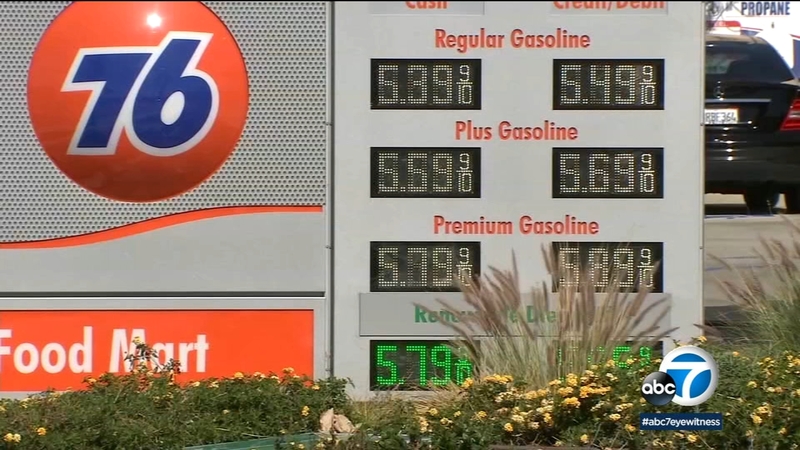 How long will high gas prices last? Experts say it could take months

"Americans have never seen gasoline prices this high, nor have we seen the pace of increases so fast and furious," said Patrick De Haan, head of petroleum analysis at the website GasBuddy. "It's a dire situation and won't improve any time soon.

"The high prices are likely to stick around for not days or weeks, like they did in 2008, but months," he said.

In Southern California, the average cost of gasoline in L.A. and Orange counties jumped a nickel, to $5.43 per gallon.

While it's slightly less expensive in the Inland Empire, prices are still on the rise there. At the Chevron gas station on Iowa Avenue in Highgrove, a site manager said he's noticed less people filling up on typically very busy days.

"I have seen a decrease in the business right now," said manager Maji Abausalah, who said prices jumped by $0.20 in one day over the weekend. "People will see the consequences and will suffer from that."

Soaring gas prices have created a domino effect that is impacting other lines of businesses, like food trucks.

It's also leading to a lot of economic and political theories on why prices are jumping so quickly, apart from the war in Ukraine.

"It's hitting the pockets pretty hard," said driver David McNutt. "And it's obviously a lot of greed going on with the oil companies."

De Haan said prices have risen steadily over the past two years, mostly because of the pandemic.

"COVID ruined energy production, not President Biden," said De Hann. "Having said that, his optics and the attack on oil and gas have definitely not helped. But the primary driver for this is the Russia invasion of Ukraine and the corresponding sanctions that the U.S. has put on Russia."