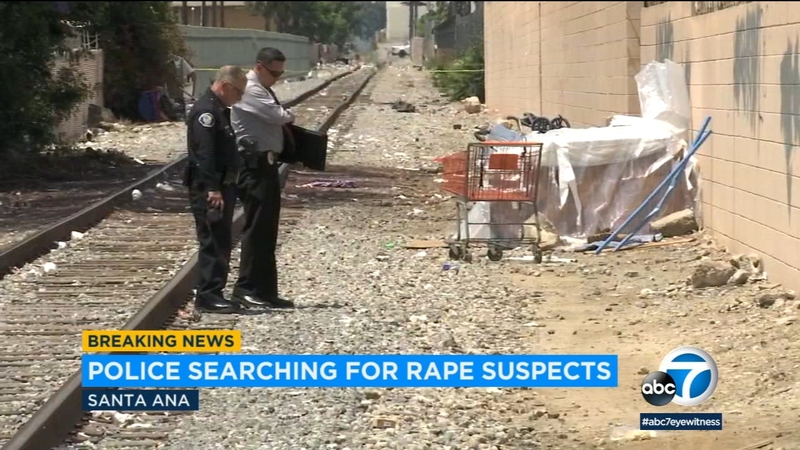 The assault happened around 11:15 a.m. near the railroad tracks in the area of Minnie Street and East McFadden Avenue.

The 17-year-old Century High School student sustained injuries and is speaking with investigators.

Police are searching the area for evidence. The two male suspects appeared to be transients, police said.

.@SantaAnaPD say a 17-yo Century High student was sexually assaulted today as she walked home from school in the area of the railroad tracks near Minnie St. and E. McFadden Ave. Officers describe the two male suspects as Hispanic men who appear to be transients. @ABC7 #SantaAna pic.twitter.com/16H8ml2SD5