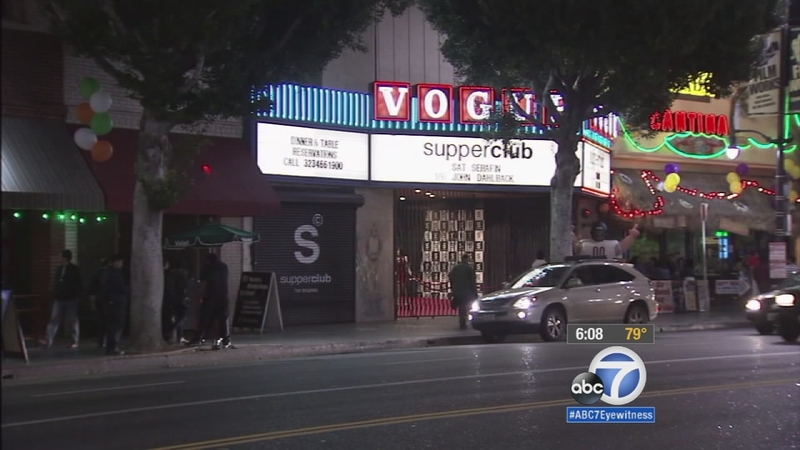 HOLLYWOOD, LOS ANGELES (KABC) -- Hollywood Boulevard is known for the Hollywood Walk of Fame, but to the Los Angeles Police Department, it's a known place to party with clubbing, drinking and fighting often in the mix.

On Thursday, local leaders called for nightclubs to strive for a safer Hollywood, especially as the Halloween weekend nears.

It's not only what happens outside the hot spots that has city leaders concerned. Building and safety inspectors said some clubs are violating zoning laws and their permits. The city attorney has filed charges against the Hollywood Supper Club.

"Cashmere has been cited for 18 violations of their operating permit since July," O'Farrell said.

The nightclub's owners have been summoned for a nuisance abatement hearing, where its license could be revoked. But the club's attorney, Michael Kolodzi, disputes the number of violations and their merit.

He said the hearing is premature because the club owners have not gone to court on the violations. He also said the owners have a target on their back because a DJ died at the club in August. That case is still under investigation.

"We are determined to bring them into compliance or shut them down," O'Farrell said.