Safe with $300,000 inside stolen in Holmby Hills heist at multimillion-dollar mansion 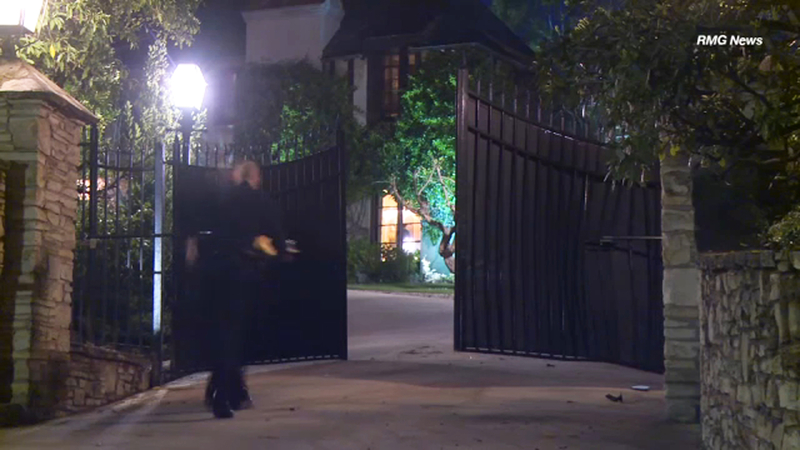 HOLMBY HILLS, LOS ANGELES (KABC) -- A 1,000-pound safe was stolen during a late-night break-in at a multimillion-dollar mansion in the Holmby Hills neighborhood of Los Angeles Thursday night.

Los Angeles police responded to the home in the 500 block of Mapleton Drive shortly before 9:30 p.m.

Authorities said the housekeeper was in the house and heard rumbling but assumed it was the residents returning home.

She then found two suspects ransacking the mansion and called police, but the suspects were able to get away in a red SUV.

Police said a 1,000-pound safe was stolen from the second floor of the home. It contained $300,000 worth of money and jewelry.

The home, which is a few doors down from the back entrance to the Playboy Mansion, is worth about $15 million.

Police said it appeared the suspects rammed the front gate of the home to get inside the property. Officers gathered evidence left behind at the scene, including a side mirror from a vehicle.