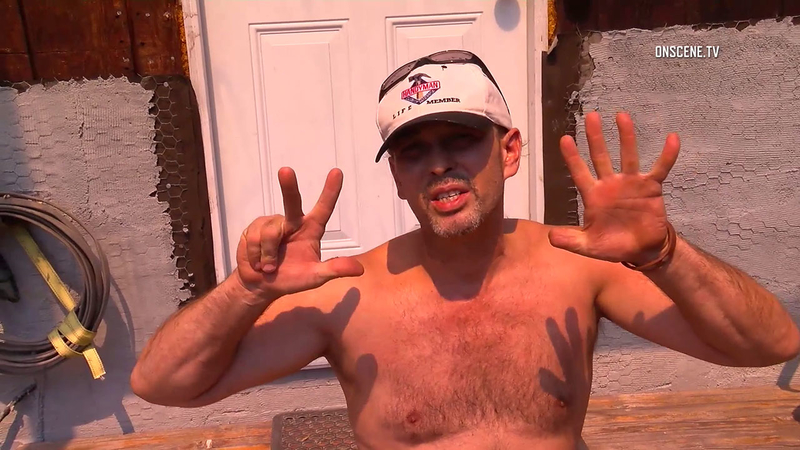 TRABUCO CANYON, Calif. (KABC) -- The Holy Fire arson suspect arrested in connection with the blaze that has burned more than 6,000 acres gave an interview at his Trabuco Canyon home before he was taken into custody.

Sitting shirtless outside his rural cabin, Forrest Gordon Clark, 51, said that he did not know how the fire started when explicitly asked that question by a news videographer.

"I have no idea," Clark said. "I was asleep. I had two earplugs in. I've been up for, like, 20-some-odd days because Mission Hospital put me on this Amblin stuff."

Clark, who explained how he feared for his life because he had "been terrorized" by gangs, spent most of the interview discussing issues with utilities surrounding his cabin such as water pressure and air pressure.

Clark is currently being held at the Orange County Jail on suspicion of two counts of felony arson, one count of felony threat to terrorize and one count of misdemeanor resisting arrest.