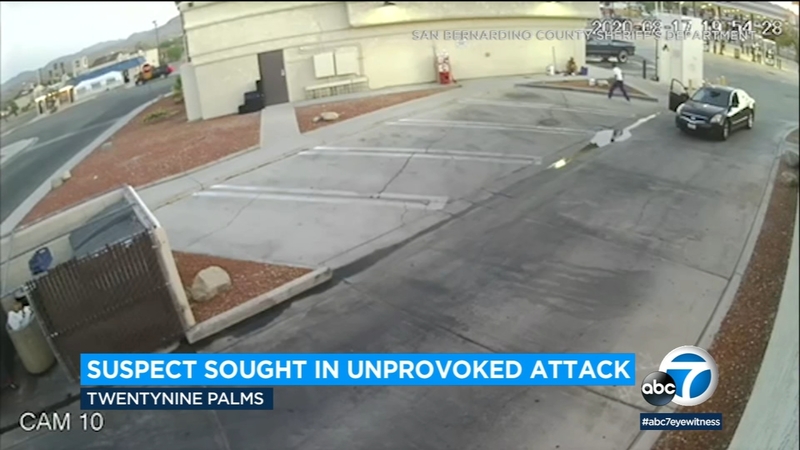 TWENTYNINE PALMS, Calif. (KABC) -- Authorities on Friday continued their efforts to identify and locate an assailant who was seen on surveillance video viciously striking a homeless man in a Twentynine Palms parking lot.

According to the San Bernardino County Sheriff's Department, the footage shows the suspect walking up to a homeless man and kicking him in the head for no apparent reason.

The incident occurred Monday behind a 7-Eleven, authorities said.

Sheriff's detectives are seeking information about the suspect and the registered owner of the vehicle used during the unprovoked attack.

The victim told investigators he was unsure why he was attacked, adding that he had never seen the assailant before the encounter.

A man was arrested on suspicion of dousing a homeless man with an accelerant and setting him on fire in Santa Ana, police said.

N.J. Burkett has more on the city's plan to crack down on illegal fireworks.