Elizabeth Rojas set up a dentistry office in Van Nuys where she grew up. She says the area is now surrounded by homeless encampments and is not safe.
KABC
By Carlos Granda 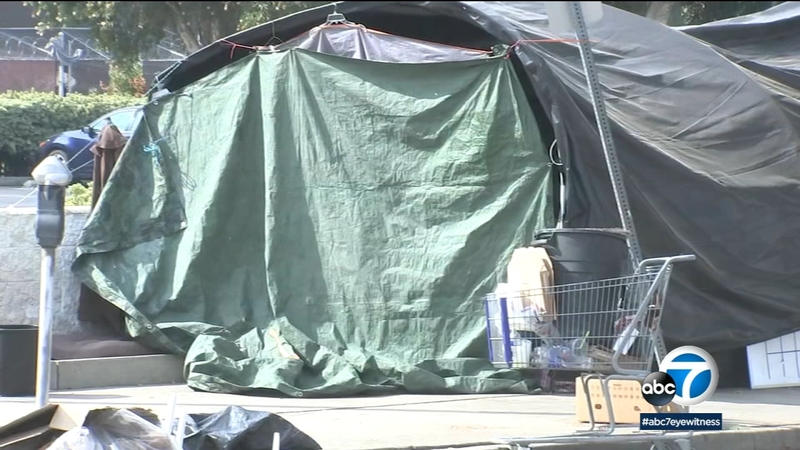 VAN NUYS, LOS ANGELES (KABC) -- Dr. Elizabeth Rojas says she wanted to invest in her community, but she says nearby homeless encampments may force her out of business and she fears her dream is now shattered.

She set up a dentistry office in Van Nuys where she grew up. She says the area is now surrounded by homeless encampments and it is not safe.

"They're defecating, urinating but now it's just become violent, it's constant, they're always fighting -- they have machetes, they have knives, they have hammers," Rojas says.

She says her security camera has caught people naked on the street, others armed with knives or screwdrivers, and two men breaking into her building. There is video of two people attacking someone on the ground.

"They're fighting over 'get my knife, she stole my drugs' and they're just attacking each other," says Rojas.

This area is in the district of L.A. City Council President Nury Martínez.

"The County and our service agencies need to step up and address the severe mental health and addiction crisis on the streets," she said in a statement.

The county says it can't do it alone.

"Effectively addressing homelessness requires a complex interaction of many entities and, when we are successful, it is because willing partners have worked collaboratively to help people move from homelessness to housing," Supervisor Sheila Kuehl told Eyewitness News.

The mayors office was direct saying, "No one should have to live in fear of violence, and Mayor Garcetti has been clear with the LAPD that while we should never criminalize homelessness, illegal behavior will not be tolerated on our streets."

Rojas says she has called the city asking for help and despite what officials say nothing has changed. She feels it's gotten worse. The city opened up a Bridge shelter facility just a few blocks away, but Rojas says the people on the streets won't go there.

"I am empathetic to them, I see homeless shelters come out all the time and offer them services and they don't want it. I don't know what to do. Why should we bear the burden of having to see them do drugs in plain sight?" asks Rojas.