Family of 65-year-old Reginald Moore say he was shot and killed Sunday at the intersection of Compton Boulevard and Dwight Avenue.
KABC
By Jaysha Patel 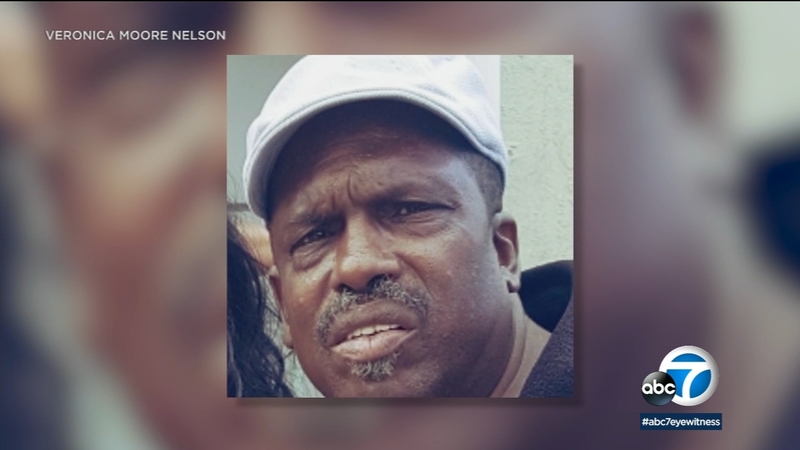 Pastor shot and killed in Compton

COMPTON, Calif. (KABC) -- Family members say 65-year-old Reginald Moore was a pastor at God of Christ church in Compton for more than 20 years.

"He was a father. He was a grandfather and had a beautiful daughter, a beautiful family. This is just a tragic loss," said Christine Peggese, Reginald Moore's cousin.

Peggese says Moore was shot and killed Sunday at the intersection of Compton Boulevard and Dwight Avenue.

Peggese says she has no idea who shot Moore.

She says Moore was walking to his car from church after Bible study when he was shot.

"He had a boot on and a cane so why would they do it? I don't know it," said Peggese.

Family and friends have left candles and balloons on the street in remembrance.

"How can you kill a pastor? A pastor of the church that's trying to bring other people in to worship God," said Peggese.

"I just hope they catch the guy. He can't run. He can't hide from God. God's going to bring him out and they're going to catch him. I know they are," said Peggese.

The family has a fundraiser page for funeral expenses. If you're interested in donating, you can find it here.