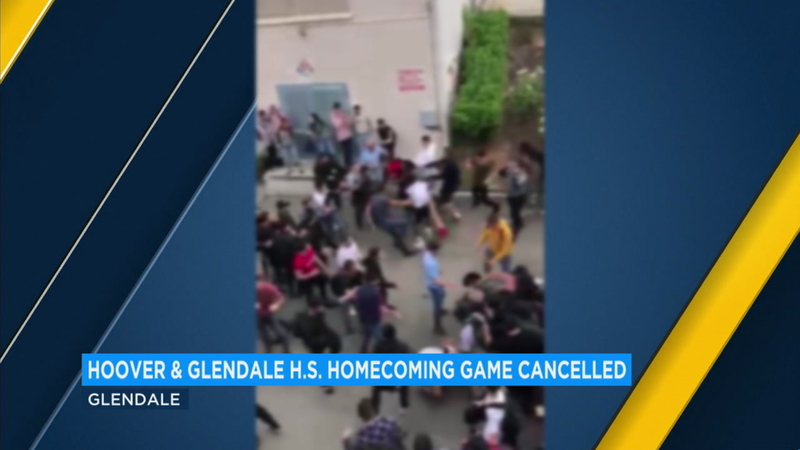 Its exact cause remains unclear, but some parents and school officials say there are underlying tensions involving some ethnic groups of students as well as school athletes.

The fight may have started after a bullying incident involving a special needs student.

"I saw him getting bullied, so I stepped in. It wasn't right, but people thought it was a fight," Hoover High School football player Jaiden Forster said regarding the incident. "I was just confronting a guy."

Coaches allege the bullies were a group of Armenian students, and say of the 24 students suspended, 15 to 16 were athletes.

Since the brawl, other games had been canceled, but Thursday's homecoming was expected to be held as scheduled.

Players protested by putting tape over the school logo on their jerseys during school hours before the game. Players said they removed the tape when asked by the school's principal.

"This was our last game, so we all wanted to play it together," Hoover High School football player Gabe Harris said.

The school started notifying parents that the game would not happen because there were rumors about possible disruptive behavior.

"We understand that sentiments around this game run deep and while it was our wish that our students were able to finish the season on the field, we will not run the risk of hosting an event with threats of disruption that potentially puts all involved at risk," Glendale Unified School District told parents.