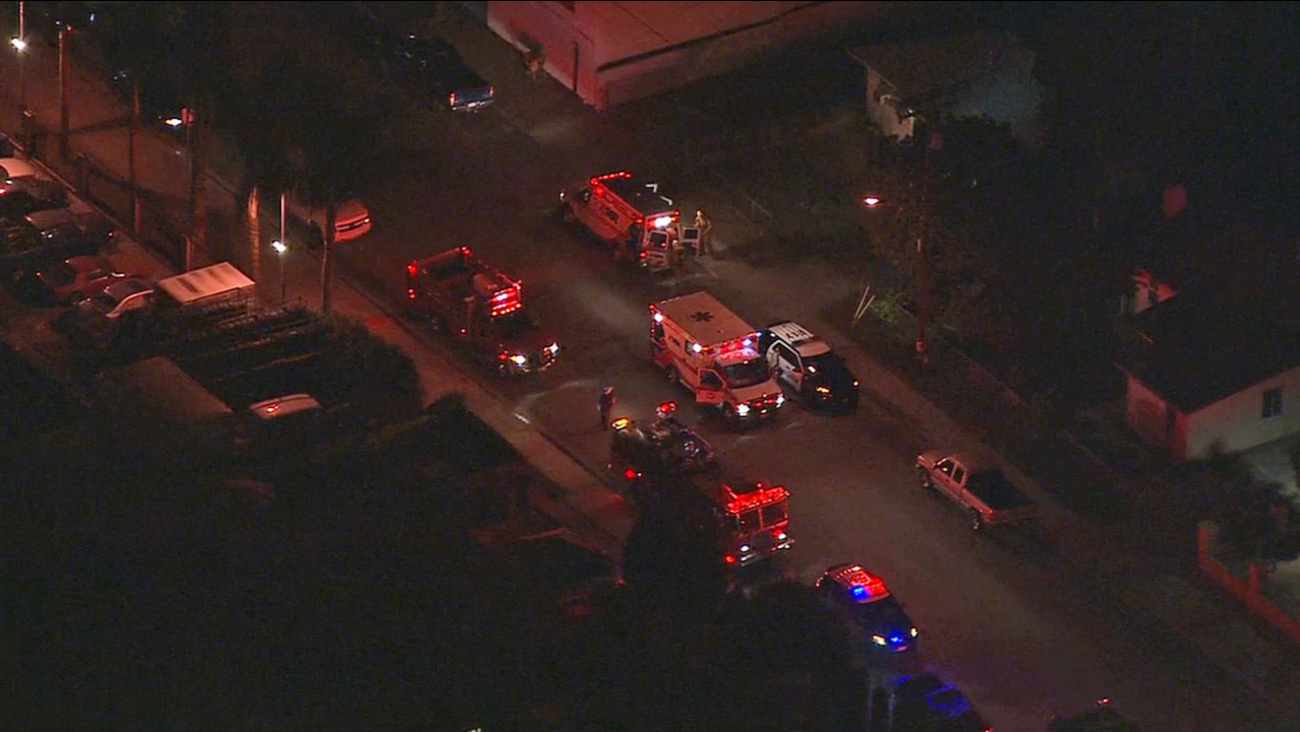 Paramedics load an elderly woman into an ambulance after she was trapped in a house fire in El Monte on Thursday, Nov. 5, 2015. (KABC)

EL MONTE, Calif. (KABC) -- One person was killed and an elderly woman is in critical condition after the two were trapped inside a house fire in El Monte Thursday night.

Los Angeles County firefighters worked to knock down the fire, which erupted shortly after 10 p.m. in the 12300 block of Felipe Street.

The woman was eventually pulled out of the home and taken to a nearby hospital. Firefighters found a second victim in the home who was pronounced dead at the scene.

A third victim was transported to a nearby hospital for observation, but had no apparent injuries.

Firefighters were having difficulty locating the second victim because of pack-rat conditions in the home, authorities said.