The Fountain Valley Police Department previously engaged the vehicle in a pursuit, but it ended before the collision occurred.
City News Service 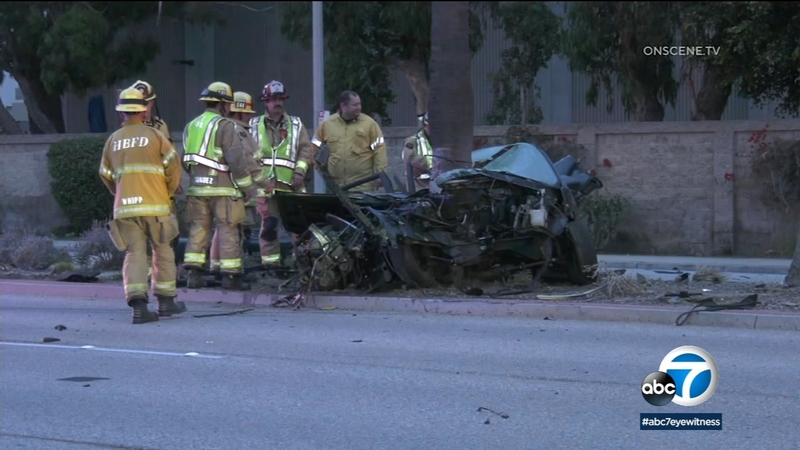 HUNTINGTON BEACH, Calif. (CNS) -- One person was killed and another injured Thursday night in a collision in Huntington Beach that involved a vehicle that was previously being pursued by police.

The collision was reported just before 8:10 p.m. on Brookhurst Street between Hamilton Avenue and Bushard Street, near the Santa Ana River, according to the Huntington Beach Police Department.

One person was pronounced dead at the scene, while the other was taken to a hospital in an unknown condition. The HBPD reported both individuals were in the same car.

The name of the deceased person was withheld pending notification of next of kin.

The HBPD reported the Fountain Valley Police Department previously engaged the vehicle in a pursuit, but terminated it before the collision occurred. The vehicle was not being pursued when it crashed, according to police.

Brookhurst Street between Hamilton Avenue and Bushard Street were closed for an unknown duration as authorities investigated the crash.