Firefighters in Idyllwild continued to battle a 7,500-acre brush fire that erupted the previous day and spread quickly.

IDYLLWILD, Calif. (KABC) -- Firefighters in the Idyllwild area on Thursday morning continued to battle a 7,500-acre brush fire that erupted the previous day and spread quickly, destroying five homes and prompting Gov. Jerry Brown to declare a state of emergency.

As part of the declaration, Brown ordered California's Office of Emergency Services to provide government assistance to Riverside County, and suspended a one-week waiting period for unemployment insurance benefits for those unemployed as a result of the Cranston Fire.

Cal Fire Capt. Scott Visyak said fire crews will focus Thursday on the Apple Canyon area as well as Lake Hemet based on the predicted weather, the fuel loads and the terrain.

"It's going to be hot, it's going to be dry and the winds are going to pick up and there's still a lot of fire burning out there so we've got a big concern just on firefighter safety alone," Visyak said.

By Thursday afternoon, new evacuation orders were issued for the north side of Garner Valley. All homes accessed from roads north of Hialeah Way were told to leave.

All homes south of Hialeah, including those accessed from Hialeah, are under an evacuation warning.

But some homeowners were determined to stay and take a stand against the flames.

"Once that wind hit, man, it was just incredible," said Idyllwild resident Mario Deniz. "Everybody took off and we were the last ones here but, you know, it's our homes. What can we do?"

Flames avoided Idyllwild resident Suzanna Croffer's home, but her neighbor was not so lucky.

"Our neighbor's house across the way was totally unbelievable," she said. "Their house is totally gone."

Some 1,000 firefighters were at the scene east of Hemet, where the brushfire was burning along Highway 74. Fueled by timber, brush, and chaparral as high as 6 feet, the inferno was only 5 percent contained as of midafternoon.

The fire also caused power outages for about 4,000 people in Idyllwild, according to SoCal Edison. The community was shrouded in smoke most of Thursday as firefighters were concerned the blaze could make it into the area.

All morning long air tankers made lines all over the ridge crest not far from the mountain community to keep the flames away. While the area is under evacuation orders, many people still remained in the area

They were assisted by fire-retardant drops from air tankers and a decrease in wind conditions in the area, but temperatures were expected to reach 91 degrees amid 57 percent humidity.

Brown's declaration also applied to Shasta County, where the Carr Fire has burned more than 20,000 acres and also forced the evacuation of thousands. That blaze was 10 percent contained. 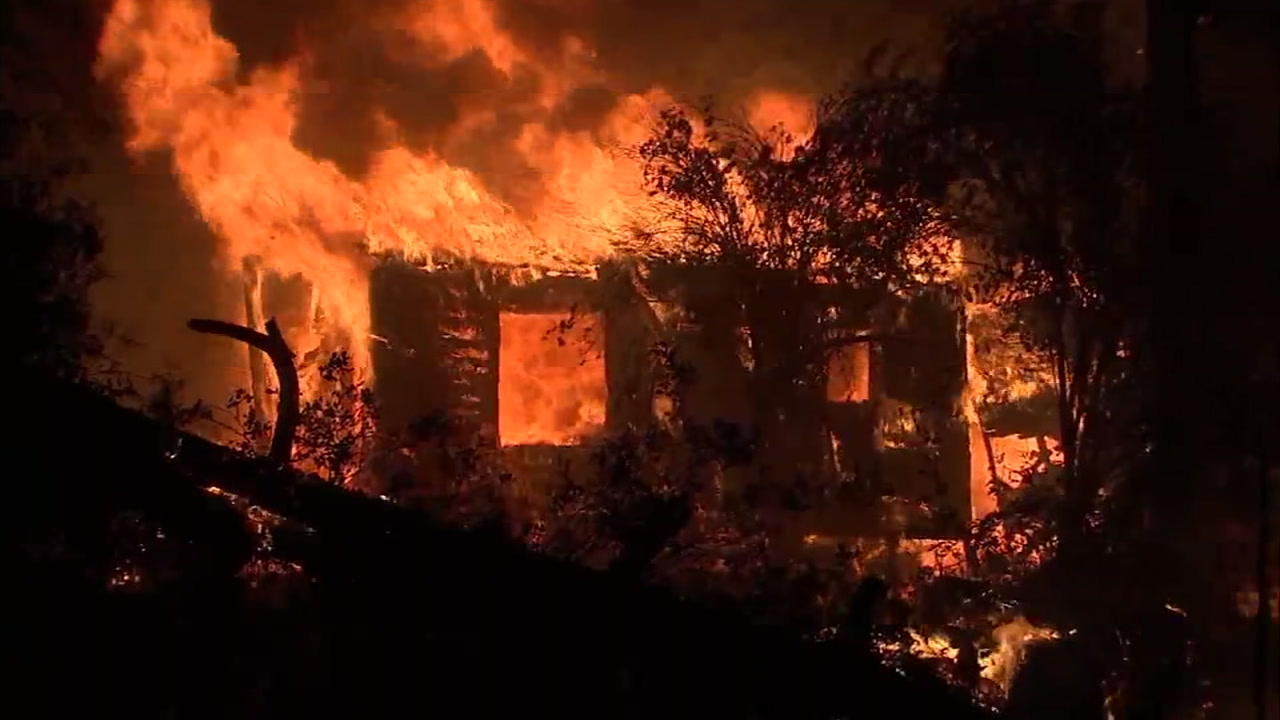