Pro-impeachment rallies held in SoCal on eve of historic vote 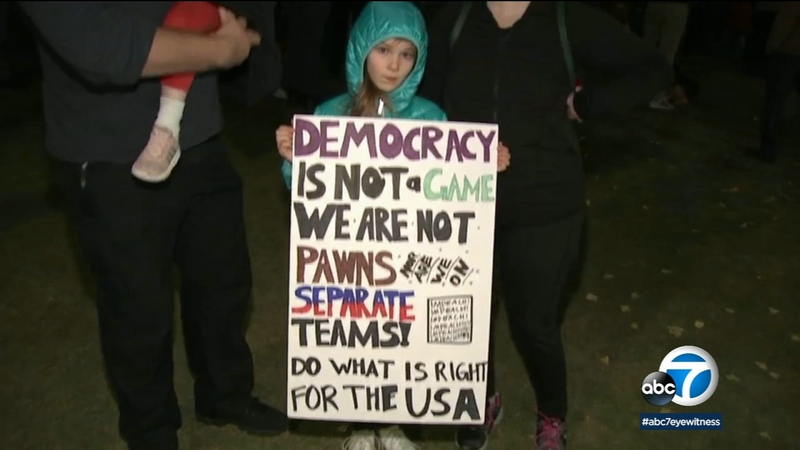 Pro-impeachment rallies held in SoCal on eve of vote

LOS ANGELES (KABC) -- With an historic vote expected on the impeachment of President Donald Trump, thousands of people showed up at Southern California rallies to express support for a decision to impeach.

The pro-impeachment rallies were held not just in Los Angeles, but coast-to-coast on Tuesday.

Locally, one of the largest was in downtown's Grand Park. About 1,000 people showed up for the event to express support for the House of Representatives' expected vote to impeach.

Eight-year-old Zoey McGee attended the "Impeach and Remove" rally with her family including dad Chris who wanted to show her what it's like to peacefully assemble and voice your opinion.

"I'm worried that he might end up hurting the family and other families even worse," Zoey said.

There were some 600 rallies held across the country, including close to a dozen in Southern California, including Sherman Oaks, Long Beach, Santa Monica and West Hollywood.