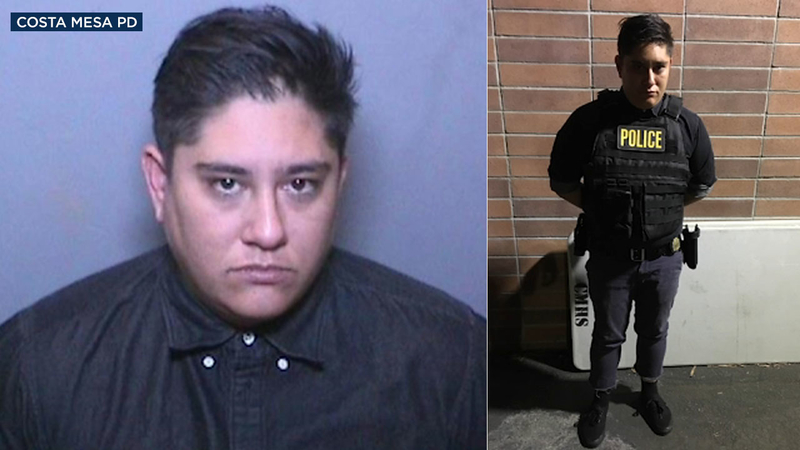 COSTA MESA, Calif (KABC) -- Costa Mesa police arrested a Huntington Beach woman for impersonating an officer after they say she was found wearing police gear, carrying an unregistered gun and driving a car with a light bar.

Police are looking for anyone who may have been victimized by the alleged fake cop.

On Nov. 1, the Costa Mesa gang unit pulled over a white four-door Chevrolet Impala near Harbor Boulevard and Merrimac Way. They say the vehicle had a law enforcement light bar and California exempt license plates.

Inside the Impala was Michelle Brianna Hughes, 30, of Huntington Beach.

Officials say she was wearing a tactical vest with the word POLICE on the front. She was also wearing a belt with handcuffs, a fake badge, a Taser and a loaded, unregistered gun with a high-capacity magazine.

Police say Hughes told the officers she was a deputy with the Orange County Sheriff's Department, but they determined she does not work for any law enforcement agency. They say she also had uniforms and license plates from other law-enforcement agencies.

She was arrested for impersonating a police officer, carrying an unregistered loaded firearm and possessing a high-capacity magazine.

Hughes was later released on bail.