Hundreds rally against sexism, racism at Indivisible March in DTLA 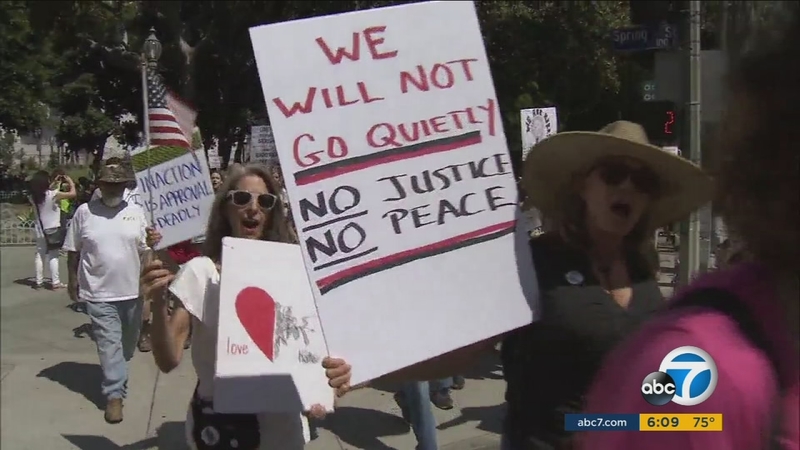 Hundreds rally against sexism, racism at Indivisible March in DTLA

DOWNTOWN LOS ANGELES (KABC) -- Hundreds of people rallied in front of City Hall in downtown Los Angeles Saturday to recognize the 100th anniversary of the 19th Amendment, which gave most women the right to vote.

"I feel like there's not enough women running for office. I think this helps get our voice out there and to stand against hate," demonstrator Analisa Swan said.

But many of the people gathered for the Indivisible March also came to demonstrate other issues. Some said under the current presidential administration, they fear they will lose rights.

"It is important for all of us to be able to raise our voices," Rep. Judy Chu said.

The event was also dedicated to the memory of Heather Heyer, the woman killed while protesting against a white supremacist rally in Charlottesville, Virginia.

"Heather Heyer and her mother, Susan, sent a message for us to read at the march, which we did, which was another really humbling aspect of today," demonstrator Gabrielle Faulkner said.

After the rally, demonstrators marched to Pershing Square.

"A feeling of hope in such a political climate and recognition of women's rights and how far we've come and hopefully to keep on persisting," Faulkner said.