First and only wine bar opens in Inglewood

Not only is 1010 Wine and Events Black-owned, but 90% of the beer, wine and champagne selection is Black-owned.
KABC
By Ashley Mackey 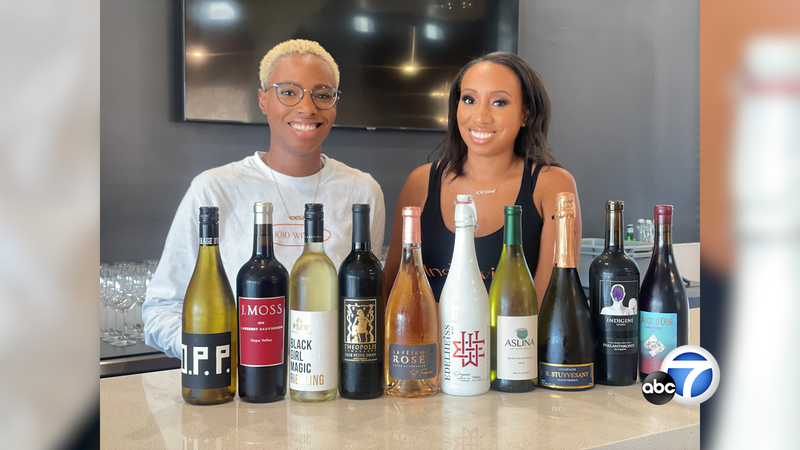 Sisters Leslie and LeAnn Jones love great food and a good time, but it's their love of wine that inspired them to open 1010 Wine and Events. The city said it's the first and only wine bar in Inglewood, which is also where the two co-owners were raised and currently reside.

"We drink wine," said LeAnn Jones. "So, we didn't want to go to places outside, Santa Monica, beach cities, [and] all that good stuff. We wanted to be able to come here."

Leslie and LeAnn secured the location for their wine bar in 2019, but because of the pandemic, the opening kept getting pushed back. But now they're open and are able to see their vision come together.

"To actually open up our doors [and] have people here have people drinking the wine selections that we've been trying for so long," said Leslie Jones. "It was really surreal, very overwhelming, but also [an] extremely very proud moment for us."

Glenn Zardes from Hawthorne said he doesn't drink wine or champagne often, but having a new place like this so close to home allows him to try new things.

"So, it's also highlighting the winemakers and the wine companies that are doing the work and just not being noticed," said LeAnn Jones.

"It's really great, because you're used to seeing that certain list of wines every time you go to a restaurant," said Tamari Zeigler, an Inglewood resident. "So, to see stuff that I have not tried before and I'm really excited to try it is great."

"We are not only just creating the space, but also have the opportunity to speak to city officials, speak to people in the community about the change that we want to see in the community," said Leslie Jones. "Because this is our community."