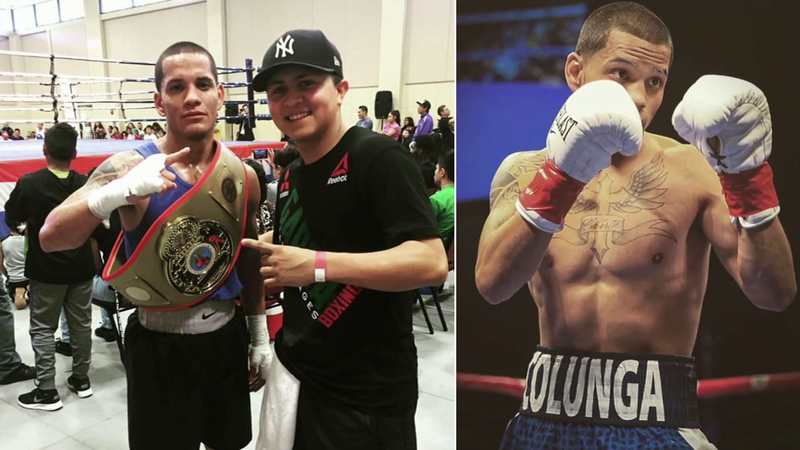 RIVERSIDE, Calif. (KABC) -- A drive-by shooting in Riverside has left professional boxer Izaac Colunga in critical condition and unable to move his arms and legs.

The shooting occurred early Sunday morning on the 6400 block of Nidever Avenue. Now, the Riverside Police Department is searching for whoever is responsible.

Pro Boxer Izaac Colunga in the fight of his life after he was shot at a Riverside house party. His family says he is awake but unable to move his arms or legs. @RiversidePolice are looking for any information regarding the shooting. #Boxing #Colunga pic.twitter.com/zMljzBTYGp

"As a boxer, this is going to be his biggest fight of his life," said his mother, Carrie Colunga.

Last year, Izaac Colunga went pro and has been proving his chops in the boxing ring with 4 and 0 record wins. The 24-year-old was in training for his next fight on March 15, which was set to take place in Dallas.

But his promising future is now on hold after a bullet struck him during a drive-by-shooting. His family members, who are at his side, remain positive.

"All his vital signs look good. So, we just got to pray and believe that he is going to get feeling back in his arms, in his legs, and be able to be the athlete that he is," said his mother.

There were several people inside the home when the gunfire erupted.

"We were just enjoying ourselves inside, indoor minding our own business. Everyone was getting along and someone decided to ruin it all," said Christopher Gonzalez.

Gonzalez is Colunga's childhood friend, he said the two were at a farewell gathering for a friend when the shots were fired.

"It hit Izaac and everyone freaked out," said Gonzalez. "I just made sure that they called the ambulance and to apply pressure to his wound and stay with him until the paramedics got there."

"It is a nightmare, a nightmare. As a mom, you never want to be walking and see your son that was so energetic and full of energy and fun just everything positive about him and just laying there," said Carrie Colunga.

At the Robert Garcia Boxing Academy where Colunga trains, it was a somber setting.

"The fighters are definitely bummed out, because we are missing one of our champions," said Robert Garcia.

Riverside police investigators are searching for the person responsible. They do not believe the drive-by shooting is gang related or that Colunga was a target. They, along with the boxer's family, are asking for the public's help.

"Justice will be served, and I would like for anyone that has any information to come forward and who ever did it, don't sleep 'cause we will find you and get our justice," said Gonzalez.