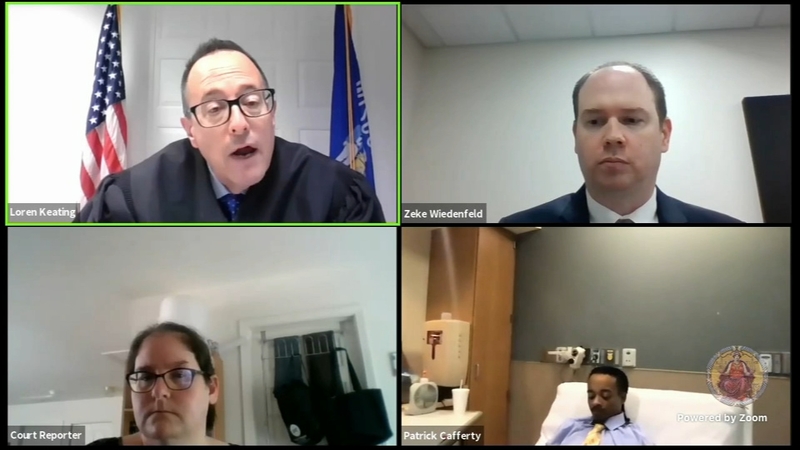 KENOSHA, Wis. -- Jacob Blake appeared remotely in Kenosha County court Friday as he pleaded not guilty to three domestic abuse charges filed against him back in July.

Blake was upgraded from intensive care this week. His father said he's doing a little bit better, but still cannot move from his waist down.

In a virtual court appearance, Jacob Blake waved from his hospital bed wearing a dress shirt and yellow tie.

It's the first time we have seen him since he was shot seven times in the back by Kenosha police officer Rusten Sheskey.

Blake only recently left the ICU at the Milwaukee hospital where he's had numerous surgeries since the Aug. 23 shooting.

Blake was alert and answered every question during the virtual court appearance as he faced domestic abuse charges from earlier this year. His attorney emphasized that Blake does not have a criminal record.

His bond was set at $10,000. He cannot contact his accuser in the domestic case, her children, or go to their home. He can only leave Wisconsin for medical treatment.

Blake also waived his right to a preliminary hearing in the case. The commissioner repeatedly asked if Blake understood or had questions.