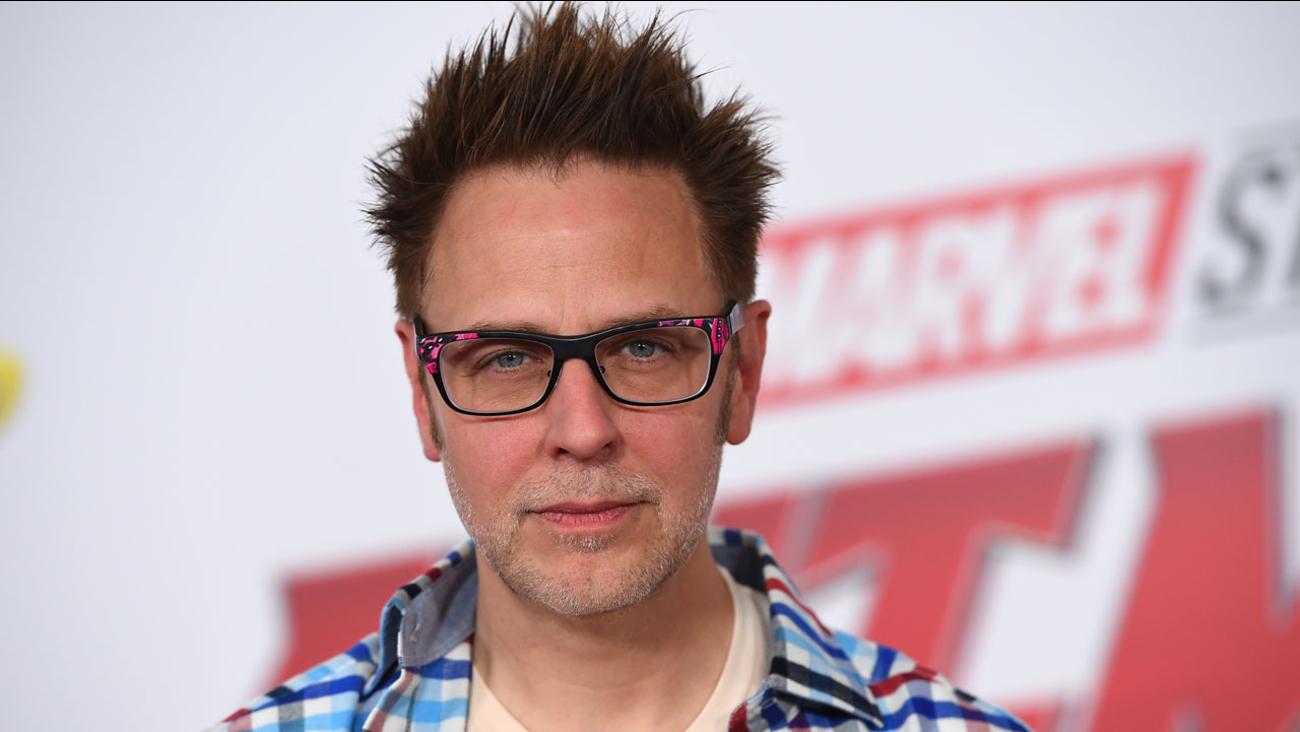 James Gunn arrive at the Los Angeles premiere of "Ant-Man and the Wasp" at El Capitan Theatre on Monday, June 25, 2018. (Photo by Jordan Strauss/Invision/AP)

LOS ANGELES (KABC) -- Chris Pratt, Zoe Saldana, and other big stars are coming out in support of ousted "Guardians of the Galaxy" director James Gunn.

In an open letter, the cast says it fully supports Gunn.

The Walt Disney Co., which owns Marvel Studios, fired him from directing the third installment of the film franchise after old tweets surfaced.

In them, he joked about subjects including rape and pedophilia.

James Gunn was fired Friday as director of "Guardians of the Galaxy Vol. 3" because of old tweets that recently emerged where he joked about subjects like pedophilia and rape.

On Instagram, Pratt says although he doesn't support Gunn's inappropriate jokes from years ago, that he is a good man and he would love to see him reinstated as director.

No response yet from Disney.