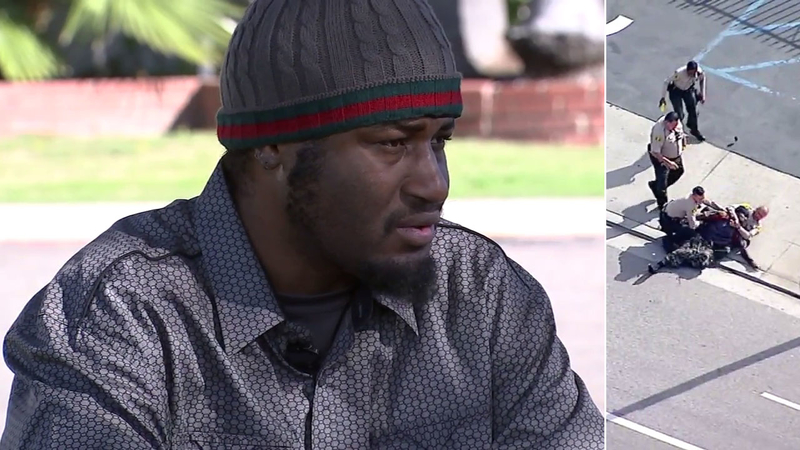 SANTA ANA, Calif. (KABC) -- Charlotte Blackwell said just a few years ago, she wasn't sure what would happen to her son Jermaine Petit, who had been arrested 24 times and was showing bizarre behavior.

There was an incident with the Los Angeles County sheriff's deputies who tried to stop Petit for jaywalking, but he wouldn't cooperate. They thought he had a weapon when he ran into a liquor store, and when he came out he was hit with Tasers.

Petit added he was taking drugs and suffering from PTSD. He's an Air Force veteran who signed up just before the Sept. 11 attacks and served as an EMT in Germany. When he returned, he started having problems.

"I used to have nightmares sometimes about dead people, dead babies, just the dead," he said.

After the incident with deputies, his mother fought to get him help. She spoke with L.A. County sheriff's Lt. James Powers, who worked with a friend at the VA.

"I want to help you and Mr. Petit here, he deserves that help. He's a veteran, he's fought for our country, and he's represented the military to help provide the freedom that we have. It's the least I could do to reach out," Powers said.

Instead of going to jail, Powers and others were able to get Petit into Phoenix House in Santa Ana, a facility that helps Petit with his PTSD.

"Coping skills, a plan, forming the plan, realizing your triggers and working on how to reduce your triggers," Petit said.

His mother said it's because of Powers and others that cared for her son that he is alive today.

"He's a different person. He's somebody now who wants to get help because you don't have to be here. You can walk away anytime, but he's decided to stay," she said.