President Joe Biden floats lifting federal gas tax, but how much will it help in SoCal? 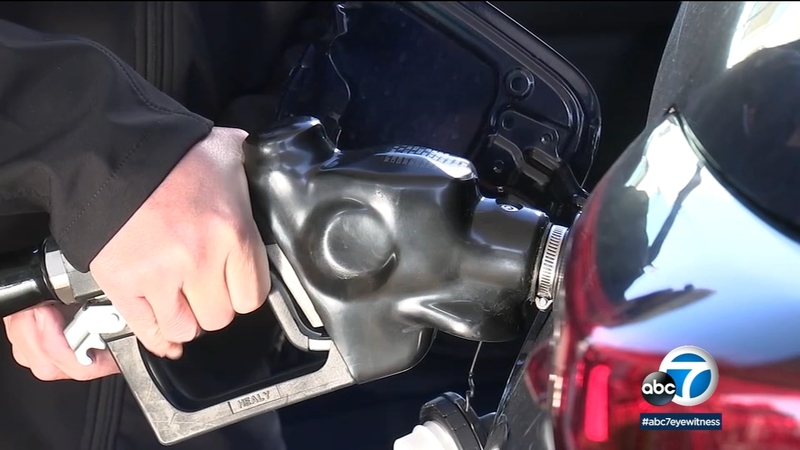 Biden floats lifting federal gas tax; how much will it help in SoCal?

LOS ANGELES (KABC) -- As the national average for a gallon of gas hovers around $5 dollars, President Joe Biden is considering a federal holiday on the gas tax.

That federal tax goes towards repairing roads and transportation grants, which is separate from California's gas tax, but serves a similar purpose.

Biden's goal? To lower the price of gas for Americans.

But USC Professor Shon Hiatt said this move would not address the main reason for soaring energy costs -- supply.

"Yes, it would lower the price by 18 cents," Hiatt said. "Is that what we really need? Probably not. Because the government is still running a deficit so this is going to actually help create a little more inflation depending on how long they plan to run this because it's essentially more deficit spending."

The average price for a gallon of gas in California is around $6.40, according to AAA, because of the state's own gas tax.

"L.A. is already super expensive. We're driving right now to Costco to save on groceries," Tchekanov said. "Even just going to Costco is a 20-minute drive. There's traffic, have to consider everything also, so I've often taken the big blue bus here. That's around and that's amazing. It's a dollar to take it. I've been using it a lot more than I have before. But, it's just hard with groceries to take a bus."

The average price of a gallon of self-serve regular gasoline in Los Angeles County dropped for the sixth time in the last seven days.

Biden said he hopes to make a decision by the end of the week regarding the federal gas tax.

Hiatt believes we should all prepare for greater inflation in the fall.

"A lot of what we're seeing, even in the food prices, a large portion of that is due to the increased energy costs because energy -- natural gas -- is what's used to make the fertilizer, which is what the farmers need to put in their plants," said Hiatt.

Economists like Hiatt advise consumers that they should look for deals now for buying in bulk. He believes inflation isn't going away any time soon.