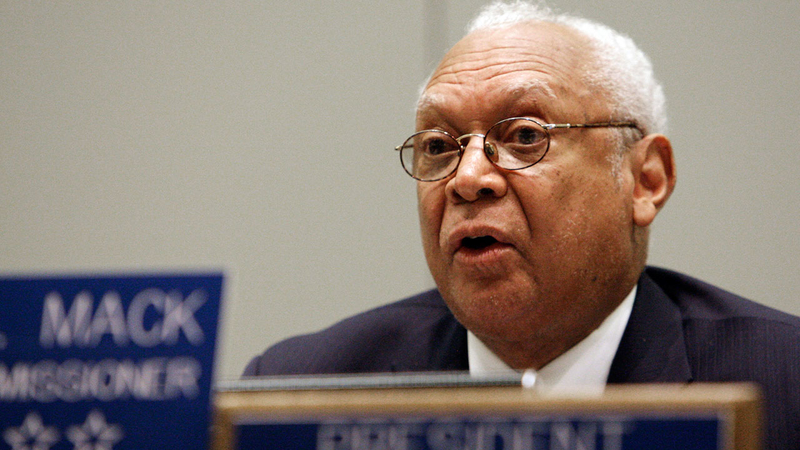 Mack served as president of the Los Angeles Urban League from 1969 until his retirement in 2005, promoting issues of employment, education and economic development.

"John Mack's wisdom, integrity, and kindness helped transform Los Angeles. As a civil rights warrior, police commission president, and ally to all who love freedom and fairness, John made history with a fierce determination to pursue justice, an unshakable commitment to equality, and an unbreakable bond with the community he worked tirelessly to uplift every day of his remarkable life. He moved both spirits and systems - by merging his gentle bearing with a fearless resolve to make change that has touched and saved countless lives.

I will always miss John as a friend, advisor, and moral compass. And like many throughout our city and world, I will forever find inspiration in his extraordinary ability to convene us around tables of understanding, humanity, and peace --- especially in uncertain moments and at times of great strife. My thoughts are with his children, who are close friends to Amy and me, and I grieve with all who loved and admired this incredible man, whose words, deeds, and accomplishments will be felt for years to come and cherished through the ages."
Report a correction or typo
Related topics:
community & eventslos angeleslos angeles countynaacpurban leaguecommunitynonprofitfamous death
Copyright © 2022 KABC Television, LLC. All rights reserved.
TOP STORIES
3 killed, at least 6 injured in multi-car crash in Winnetka
Heat from Woodland Hills building fire detected from space, NWS says
Man killed in Jefferson Park shooting after intervening in argument
4th of July fireworks in Southern California: Where to watch
Hip-hop dance icon Bruno 'Pop N Taco' Falcon dies at 58 in SoCal
Burger King worker goes viral; more than $320K raised on GoFundMe
16-year-old girl wounded in Long Beach shooting
Show More
Grand Park 4th of July Block Party returning after 2 cancellations
Newsom targets GOP in Florida ad: 'Join us in California'
Jayland Walker was unarmed when 8 Ohio officers opened fire on him
Motive likely not terror-related in Copenhagen mall shooting
Nonprofit turns 4th of July tradition into way to help veterans
More TOP STORIES News