Firefighters stood on top of their engines on Saturday, overlooking the 5 Freeway to honor Jonathan Flagler.
KABC 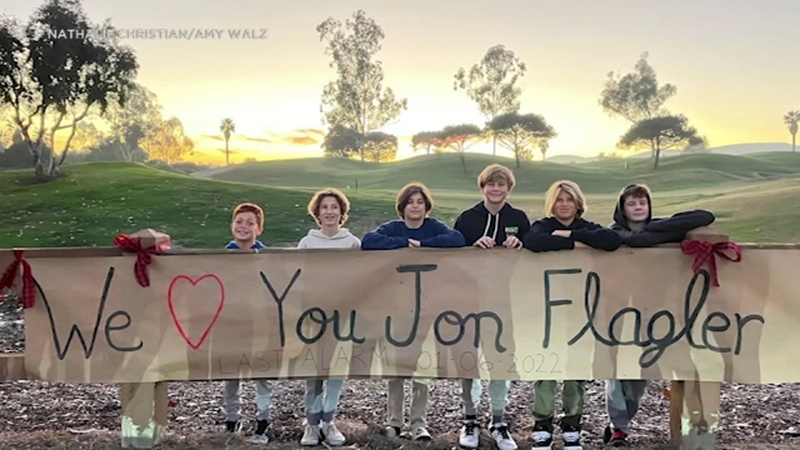 Jonathan Flagler died from critical injuries he suffered during the fire. Firefighters stood on top of their engines on Saturday, overlooking the 5 Freeway to honor Flagler.

Tribute to fallen firefighter Jonathan Flagler along the 5 freeway. pic.twitter.com/cZzeusPDQy

Signs and posters with written messages for Flagler were also spotted over the weekend in the San Clemente area.

Flagler had been a firefighter for 21 years - first serving 19 years with the city of Vernon and then moving to the county agency in October 2020. 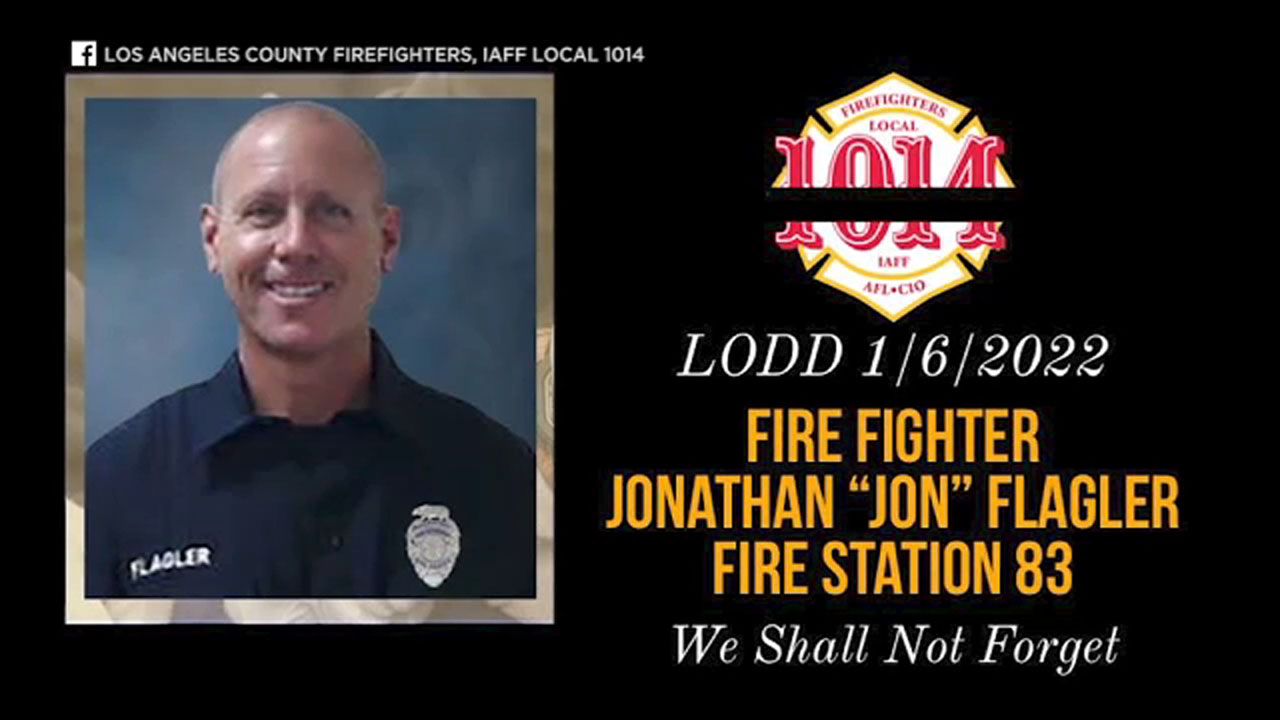 During a press conference, officials said the fallen firefighter was pulled out from inside the burning home.

"The smoke and the fire overcame my member. He put out a mayday for assistance from the other firefighters that were at scene and they were able to quickly locate him, rescue him and then start the life-saving procedures," Marrone said.

According to a post published on the OC Firefighters Instagram page, a candlelight vigil is scheduled for Monday, Jan. 10, at the Ole Hanson Beach Club in San Clemente.

Official plans for funeral services have not been released.