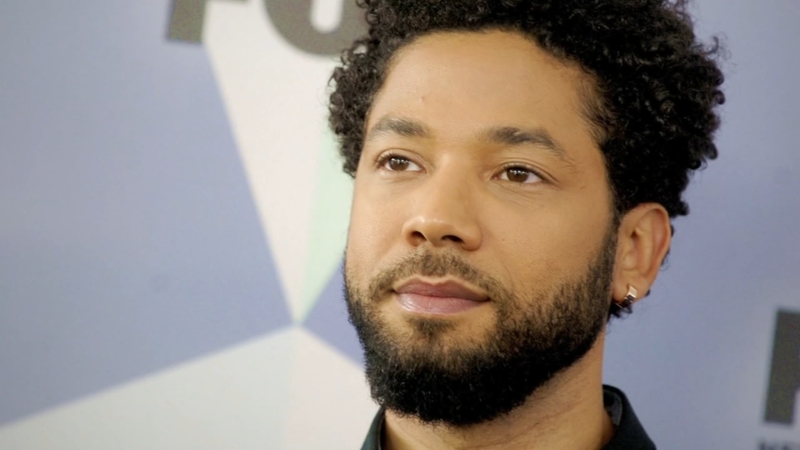 CHICAGO -- Two brothers told Chicago police that they were paid by "Empire" actor Jussie Smollett to orchestrate and stage an attack on him, a law enforcement official briefed on the investigation told ABC News.

Detectives are trying to corroborate and confirm their account, but thus far police have not independently verified the allegations, the official said Sunday.

On Saturday, Chicago police said they are "eager" to again speak with Smollett about his alleged attack early Jan. 29 after two brothers were arrested in connection with the attack agreed to cooperate with police.

Civil rights activist Najee Ali called Sunday for the arrest of Jussie Smollett and saying he believes the actor lied about being a victim of a hate crime.

"We can confirm that the information received from the individuals questioned by police earlier in the Empire case has in fact shifted the trajectory of the investigation. We've reached out to the Empire cast member's attorney to request a follow-up interview," said Chicago police spokesman Anthony Guglielmi.

Guglielmi reiterated in a tweet on Sunday that Chicago police "are not in a position to confirm, deny or comment on the validity of what's been unofficially released, there are some developments in this investigation and detectives have some follow-ups to complete which include speaking to the individual who reported the incident.

While we are not in a position to confirm, deny or comment on the validity of what's been unofficially released, there are some developments in this investigation and detectives have some follow-ups to complete which include speaking to the individual who reported the incident. pic.twitter.com/b9GgXbSUt9

One of the brothers was Smollett's personal trainer, according to a statement from Smollett's attorneys.

Detectives confronted the two brothers with evidence that they purchased the rope found around Smollett's neck at a local hardware store, two officials familiar with the Smollett investigation confirmed to ABC News.

The brothers agreed to cooperate with police, who are investigating whether Smollett made up the story, after police threatened to charge them with battery and hate crimes.

Guglielmi said they have reached out to Smollett's attorneys Friday night. "We made our intentions clear," he said.

"As a victim of a hate crime who has cooperated with the police investigation, Jussie Smollett is angered and devastated by recent reports that the perpetrators are individuals he is familiar with. He has now been further victimized by claims attributed to these alleged perpetrators that Jussie played a role in his own attack. Nothing is further from the truth and anyone claiming otherwise is lying.

"One of these purported suspects was Jussie's personal trainer who he hired to ready him physically for a music video. It is impossible to believe that this person could have played a role in the crime against Jussie or would falsely claim Jussie's complicity.


The two brothers, who were captured on surveillance video from the night of the attack, were taken into custody after being identified as persons of interest. However, they were released Friday night without charges.

It appears that Jussie Smollett tried to manufacture a hate crime to make Trump supporters look bad and most of the media not only uncritically accepted his lies as facts for weeks, but attacked those who questioned the validity of his false story.

Police seized the brothers' phones and will check their phone records as they probe whether the men were in contact with Smollett on the night of the incident. Chicago police did not immediately comment on the brothers' level of cooperation, aside from the fact that they provided information to police.

The men were confirmed to be the men seen on surveillance images of the scene of the alleged incident on Jan. 29 in the Streeterville neighborhood. Chicago police told ABC News the reason the men were at the scene is now central to the investigation. Whether the men spoke to Smollett the night of the alleged attack is also central to the investigation, CPD representatives said.

Guglielmi said Friday: "Due to new evidence as a result of today's interrogations, the individuals questioned by police in the Empire case have now been released without charging and detectives have additional investigative work to complete."

Guglielmi said the individuals are no longer being classified as suspects. They are technically still considered persons of interest because they may have more information.

The investigation remains ongoing. Video evidence does not indicate that anyone else was present at the scene of the alleged incident.

The lawyer representing the two men spoke Friday night after their release, saying she and the men gave police new evidence in the investigation.

Friday morning, Guglielmi said the two men have a relationship with Smollett. Friday morning police said the two had been classified as suspects and that at the time police believed they may have been involved in a crime.

Multiple sources told ABC7 Eyewitness News in Chicago that police are investigating whether Smollett and the two men staged the attack allegedly because Smollett was being written off of "Empire."

A source familiar with the investigation told the ABC7 I-Team that Smollett failed to appear for an interview with detectives earlier Thursday but has since spoken with police.

Chicago Police Superintendent Eddie Johnson contacted ABC7 to say they are continuing to treat Smollett as a victim and the investigation remains ongoing.

"Empire" actor Jussie Smollett submitted "limited and redacted" phone records to Chicago police from the night of his attack.

Smollett's representatives said he is not being written off "Empire."

Twentieth Century Fox Television and Fox Entertainment released a statement saying, "The idea that Jussie Smollett has been, or would be, written off of EMPIRE is patently ridiculous. He remains a core player on this very successful series and we continue to stand behind him."

A source briefed on the Smollett investigation confirmed to ABC News that Chicago police are questioning the two men -- one of whom has appeared on "Empire."

The law enforcement official also told ABC News that the homes of the men were raided Wednesday night. Police removed shoes, electronic devices and other items they believe could help them determine if the two people played any role in the assault.

The law enforcement official also told ABC News that the homes of the persons of interest were raided Wednesday night.

Neighbors described a swarm of officers and K-9 units.

"I was walking in the alley. One police car stopped in the alley, and they told me to go inside the house. By then maybe five minutes later, there were like 20 police right here by the door," said Jaime Figueroa, neighbor.

Neighbors said they believe the men are Nigerian brothers who grew up in that apartment and have lived there for years. Neighbors described them as friendly and possibly bodybuilders, and said they have long wanted to be actors.

Chicago police said they "cannot confirm any of those reports." No charges have been filed.

Police initially said the two persons of interest are not suspects and have not been charged. The two were picked up Wednesday night at O'Hare International Airport, police said.

A lawyer who said she's representing the two persons of interest declined to comment on the case as she left Area Central police headquarters.

Smollett said he was attacked around 2 a.m. on Jan. 29 in the 300-block of East North Water Street in Chicago's Streeterville neighborhood. He told police two masked men shouted homophobic slurs at him, attacked him, put a rope around his neck and poured a liquid on him that smelled like bleach.

On Thursday night, police said phone records provided by Smollett do show he was on the phone with his manager at the time of the attack. Both men told investigators Smollett's attackers yelled slurs.

Smollett, 36, is black and openly gay.

Police said they have not found surveillance video that shows the attack. But earlier in the investigation, they did release grainy surveillance images of two possible persons of interest. The photos show two silhouettes on New Street near Illinois Street between 1:30 a.m. and 1:45 a.m. on Jan. 29.

In a statement released Thursday, police said they identified the two people in the surveillance photos and tracked them down using cameras, public transportation records and corroborating info provided by Smollett.