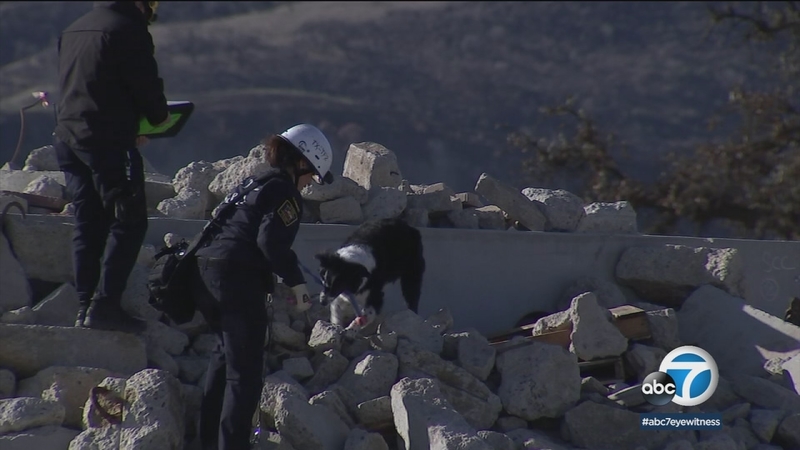 Eva is a 5-year-old Belgian Malinois, but she isn't your average dog.

She is a search-and-rescue K-9 with Los Angeles County Fire and was part of a team of dogs that helped rescue and recover victims in the Montecito mudslides.

"Their sense of scent is a million times stronger than ours. So we train them to look out for that particular scent we're looking for, whether it be a live scent or a human remains scent ," Capt. Manny Sampang said.

This weekend at the Del Valle training center, 22 dogs and their handlers from all over the country participated in the annual K-9 certification exam.

The dogs have 20 minutes to find several victims inside piles of rubble. If they alert their handler and there isn't a victim - it's an automatic fail.

Officials said the dogs can do what humans can't, which allows rescuers to find missing victims in massive disaster areas similar to what has been seen in Montecito.