Sagal, best known for her 11 seasons as Peg Bundy in the sitcom "Married...With Children, was honored with the 2,529th star on the Walk of Fame on Tuesday.

The 60-year-old actress was joined by her co-stars Ed O'Neill, Christina Applegate and David Faustino, who portrayed Al, Kelly and Bud, respectively.

Sagal's star is next to O'Neill's in front of the DSW Designer Shoe Warehouse store at 7021 Hollywood Blvd. O'Neill played a shoe salesman in the popular show.

Sagal said she is grateful for her career success, saying "it's given me not only gainful employment, but personal gratification, deep connections with others, but best of all, it has allowed me to be of service." 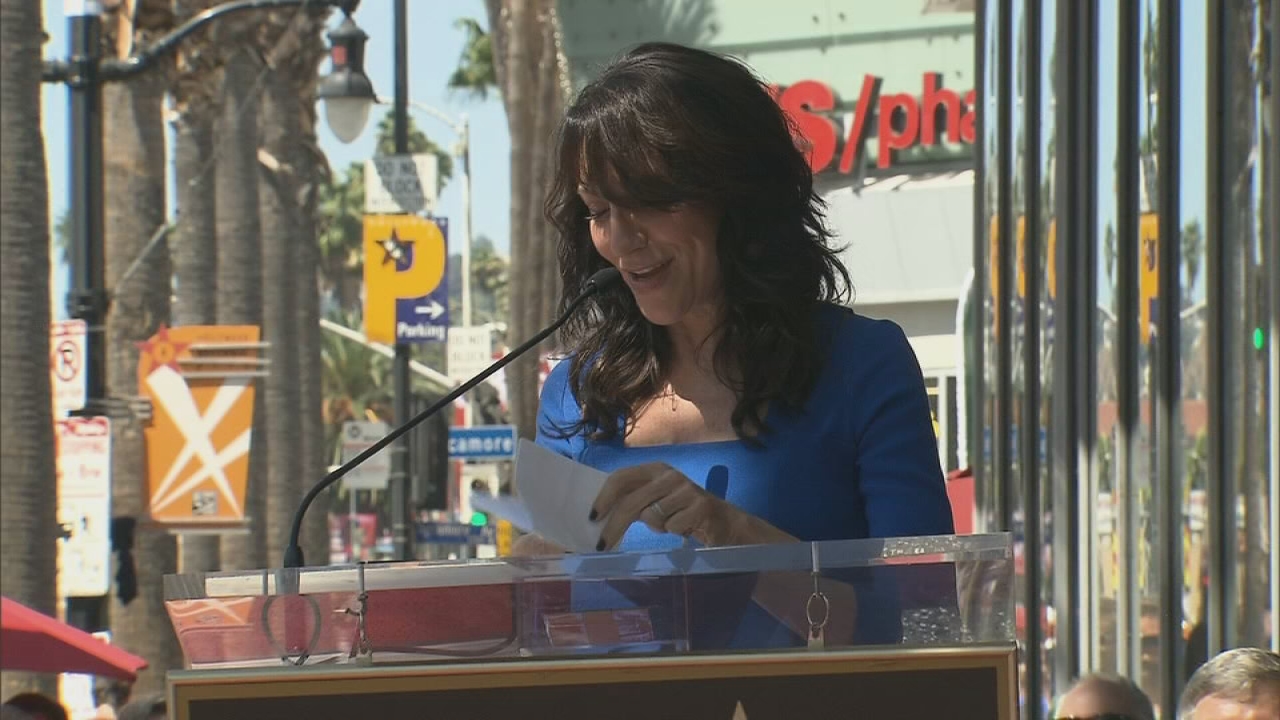 Katey Sagal gets star on Hollywood Walk of Fame

Tuesday's ceremony coincided with the season premiere for the seventh and final season of the FX drama "Sons of Anarchy," in which Sagal portrays the matriarch of the titular motorcycle club. She won a Golden Globe in 2011 for that role.

O'Neill reflected on the first time he met Sagal and said he's very proud of her accomplishments over the years.

"I met Katey in 1986. We were both trying out for the parts of Al and Peg Bundy...didn't know eachother, just had a feeling we had a chemistry between us and of course did the show for 11 years and (it was a) great experience," said O'Neill. "We grew together as a cast and good friends."

Applegate also expressed her admiration for Sagal, saying her TV mom has been an inspiration to her ever since they met when Applegate was a teenager.